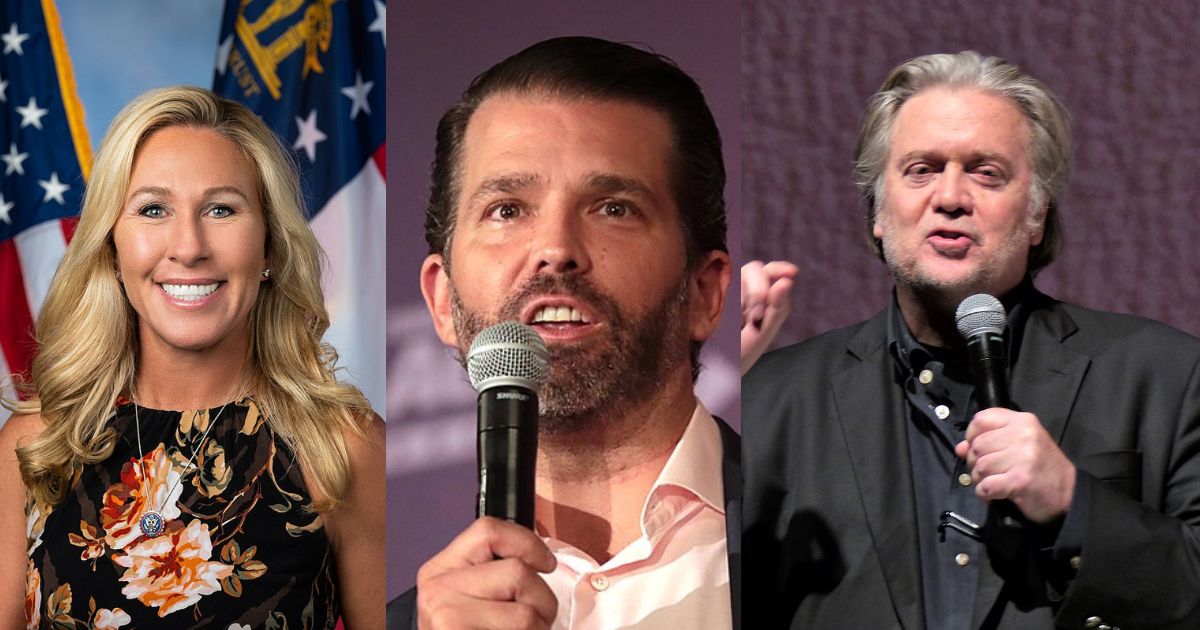 A flock of controversial Republicans descended upon the Upper East Side on Saturday to attend the New York Young Republican Club (NYYRC) gala at 583 Park Avenue, between 63rd and 64th streets.

Protestors clashed with guests outside of the venue before the five hour black tie event commenced. One ‘independent video journalist’ shared a clip of objectors in a heated exchange with James O’Keefe, the founder of Project Veritas, a far-right activist group which has frequently been accused of publishing misleading videos to tarnish the reputations of its progressive targets.

Several groups of protesters near 63rd/Park outside the NY Young Republican Club gala, where Marjorie Taylor Greene and other well-known guests are expected. pic.twitter.com/Op8q2MPbQ3

One of the more controversial speakers was Congresswoman Marjorie Taylor Greene (R-GA). In response to allegations that she had been involved in the January 6 attacks on the Capitol, she told the crowd that had “…Steve Bannon and I organized that, we would have won. Not to mention, it would’ve been armed.”

Another ‘featured’ guest was Jack Posobiec, who the Southern Poverty Law Center describes as having “a well-documented history of radical right activism. He has boasted of his ties to the antigovernment Oath Keepers, fraternized with the Proud Boys, and at least twice, filmed propaganda videos with a pair of neo-Nazi brothers. He is primarily known for pushing the #Pizzagate disinformation campaign, which falsely suggested that Democrats ran a pedophile dungeon in the basement of a Washington, D.C., pizzeria.”