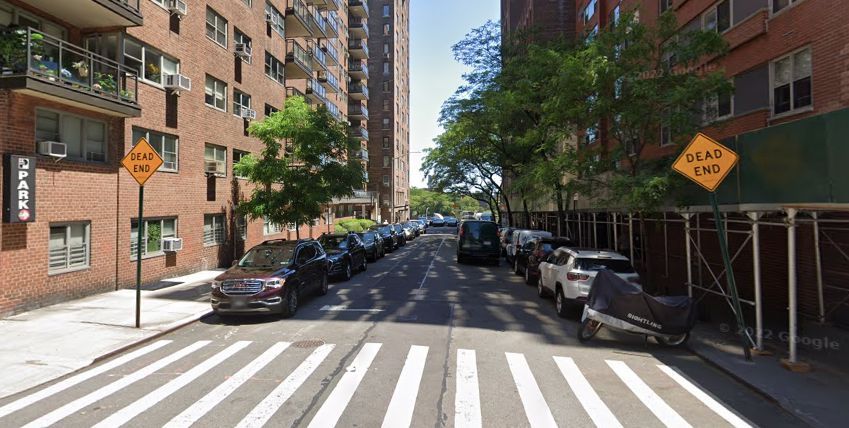 On Wednesday, Community Board 8‘s Transportation Committee co-chairs, Chuck Warren and Craig Lader, presented a proposal for parking regulation changes within some of the cul-de-sacs in the East 80s east of East End Avenue.

The proposal is to adjust parking regulations from “No Parking” to “No Standing” on certain streets.

“The issue, in essence, is that without ‘No Standing’ zones at the dead ends, at the cul-de-sacs, you have illegally parked vehicles, and emergency vehicles aren’t able to access the streets or easily turn around,” said Craig Lader.

This change could potentially impact some of the cul-de-sacs between 80th and 90th streets, but Lader specifically mentioned 83rd and 84th streets, “because on 83rd and 84th, either there’s only one side of the street that has ‘No Standing,’ going all the way to the dead end, or neither side has it.”

In July, a resolution was passed to add a “No Standing” zone on 82nd Street, and 83rd and 84th streets are expected to be discussed in more detail at a future meeting. However, board member Michelle Birnbaum requested that resident(s) from those blocks actually show up to discuss the issue before they label them as problematic.

In reference to the new sign on 82nd Street, another board member, Valerie Mason, said “I would be curious to hear from the people on that block whether that has made any difference whatsoever.” District Manager Will Brightbill responded by saying that sign only went up within the last three weeks or so. Though he did add that 82nd Street residents were “ecstatic that the sign went up.”

The proposed changes would only be for a one or two space length at the end of each impacted block, and would not be a broad-based resolution for all cul-de-sacs, as each one is different.

The full Transportation Committee meeting can be viewed here.

A Cleaner Upper East Side, Hopefully

Students at P.S. 290 Will No Longer Need to Play in the Street