Rabbi Benjamin Goldschmidt, who was ousted from his position at the prominent Park East Synagogue in October amid an explosive public feud with the head rabbi, is planning to start a new congregation on the Upper East Side. He announced the plan at a sermon in February, which he posted on Medium. 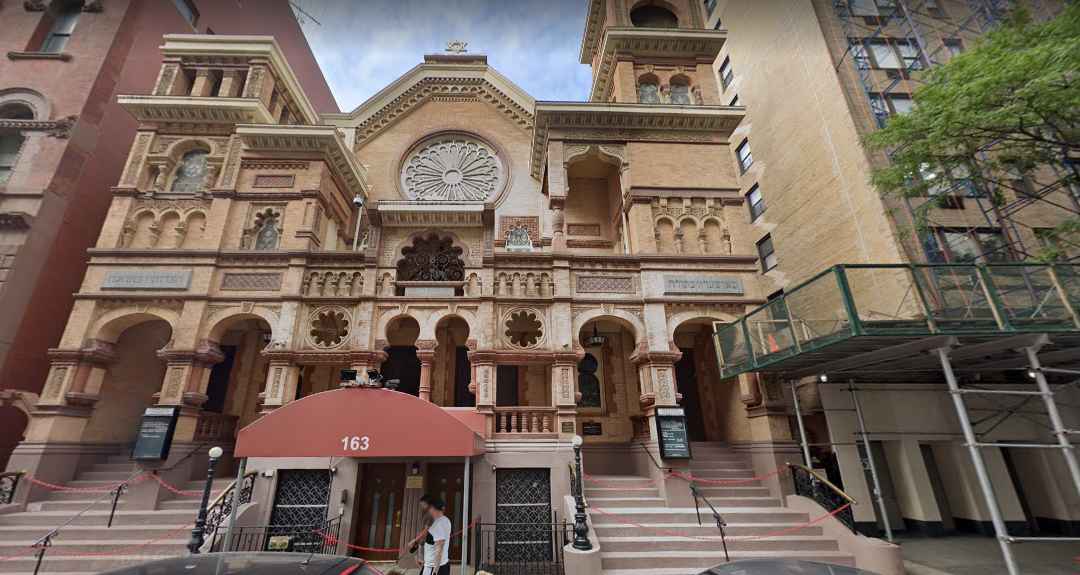 Goldschmidt was fired after long-simmering tensions with 91-year-old Rabbi Arthur Schneier, a Holocaust survivor who has led the 130-year-old shul at 163 East 67th Street since 1962 (but who has no apparent succession plan). Goldschmidt, 34, had been hired by the synagogue, a center of Modern Orthodox Judaism, 10 years ago, and as assistant rabbi, developed his own following. He was an unusual choice, with no college degree, but is the son of the chief rabbi of Moscow. At Park East, he focused on bringing in younger families and Russian-speaking Jews.

As Goldschmidt’s popularity rose, Schneier began to reduce his responsibilities. Finally, a group of Goldschmidt’s allies penned a letter saying Park East was not doing enough to attract younger congregants and that a committee was being formed to “revitalize” the synagogue. Meanwhile, Schneier’s supporters accused Goldschmit of staging a coup. In October, Goldschmidt was fired, after which he leveled charges against Schneier, saying he ran his foundation in ways that violated state law.

Goldschmidt said Rabbi Schneier was profiting from his running of the nonprofit Appeal of Conscience Foundation, an interfaith group that says it promotes “peace, tolerance and ethnic conflict resolution.” He said the foundation pays Schneier and his daughter hundreds of thousands of dollars—$200,000 and $225,000, respectively, according to 2020 tax filings, and that the foundation rents space in a building owned by Schneier.

Goldschmidt also said regular membership meetings had not been held and financial disclosures had been withheld. Lawyers for Schneier said the rental agreement had been OK’d by the foundation’s board and that the operations of the shul were the responsibility of the synagogue’s leadership.

An Israeli government minister even weighed in, calling for Goldschmidt to be rehired. According to the New York Times, Yoel Razvozov, Israel’s tourism minister, said the internecine battle “definitely puts a shadow over the integration of the Russian-speaking Jews in the greater Jewish community of New York.”

After being fired, Goldschmidt started leading Shabbat services down the street, under the name of Altneu, which combines the Yiddish words for “old and new.” The new synagogue will take the same name.

In his recent sermon, Goldschmidt said “This past week, many have been asking me: Is this going to be a baby naming, or a gender reveal? The truth is, this is the closest I will ever get to feeling what it means to give birth to a child.”

According to the new congregation’s website, thealtneu.org, members will “meet on Shabbat Friday evenings and Saturday mornings at unique venues on the Upper East Side.