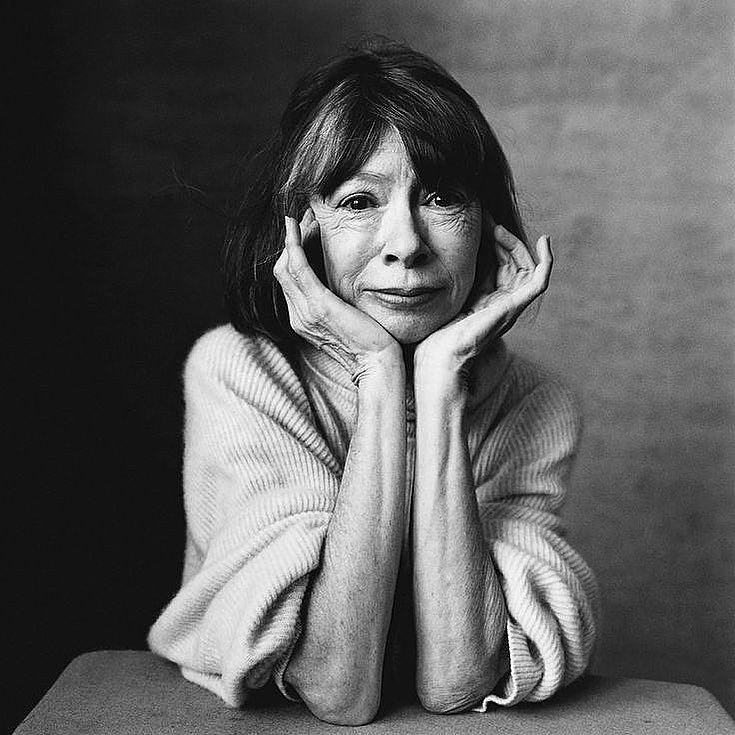 Joan Didion moved to New York’s Upper East Side in 1956 as a wide-eyed twenty-something infatuated with the city; in love with it. “I do not mean ‘love’ in any colloquial way, I mean that I was in love with the city, the way you love the first person who ever touches you and you never love anyone quite that way again.”

That’s Didion from one of her best known works, her 1967 essay entitled “Goodbye to All That.” Often considered the precursor to the recent “why I left New York” pieces, she wrote about falling out of love eight years into her New York and Upper East Side experience. She was 33 years old when she wrote it, three years removed from her Big Apple life and seemingly eternally convinced that living in New York was something she would never entertain again.

Didion was born on December 5, 1934, in Sacramento, California. Her father was an insurance salesman turned National Guardsman which meant young Joan moved from California to North Carolina to Colorado. Back in California as a senior at Berkeley, she became a guest editor at Mademoiselle in 1955 before moving to New York in 1956 with a job at Vogue in the copy department.

She later moved to the advertising division before assuming the role Dorothy Parker held there, according to Michelle Dean’s Sharp: The Women Who Made an Art of Having an Opinion. She contributed to Holiday magazine, and occasionally, the National Review before she left New York and assumed a role as a film critic for Vogue in the mid-1960s. She also wrote screenplays – including the 1976 version of A Star is Born and Panic in Needle Park – and authored 19 books (A Book of Common Prayer and Play It as It Lays, to name two).

She famously panned both The Sound of Music and then-beloved director Woody Allen. “Her review of The Sound of Music was so caustic that Vogue fired her, as she tells it,” according to Dean. For Allen’s 1979 Manhattan, Didion, fearless as always, levied a stinging rebuke of Allen’s humor, casting it as “not funny” and simplifying it to nothing more than showy. But inherent within her critique was also the first public eyebrow raise to the normalization of a relationship between a 40-year-old man and his high school student girlfriend.

Didion stepped aside from her life as film critic and wrote extensively about politics in the 1980s. She, along with her husband John Gregory Dunne, returned to the neighborhood of her earlier life for good in 1988, moving into a co-op at 33 East 70th Street. Dunne passed away from a heart attack at their home on December 30, 2003. Didion remained there for 33 years until she passed away on the morning of December 23, 2021 from Parkinson’s disease complications at the age of 87.

“Goodbye to All That” is Didion saying goodbye to New York. She chronicles her life on the Upper East Side, where she thought her first room had a view of the Brooklyn Bridge. It turned out to be the Triborough.

Her style palpably romanticizes the colder months on this side of town. “And except on a certain kind of winter evening – six-thirty in the Seventies, say, already dark and bitter with a wind off the river …”

She discusses “a monastic four-room floor-through on Seventy-fifth Street,” the “chromatic flatness of Second Avenue,” and how New York comes back to her “in hallucinatory flashes, so clinically detailed that [she] sometimes wish[es] that memory would effect the distortion with which it is commonly credited.”

She writes of sensory memories from long ago – eating a peach from a fruit stand on East 62nd and Lexington Avenue, the scents of Henri Bendel’s jasmine soap, and “barrels of crab boil in a Czech place in the Eighties where [she] once shopped.”

And she discusses her last apartment in New York in the 1960s, a furnished apartment in the East 90s which she becomes apathetic to, because New York – a place where the promise of “just around every corner lay something curious and interesting, something I had never before seen or done or known about” – was now apathetic to her. “That was the year, my twenty-eighth, when I was discovering that not all of the promises would be kept, that some things are in fact irrevocable and that it had counted after all, every evasion and ever procrastination, every word, all of it.”

For Didion, all that is New York is always there, even when it feels that writing it off for good is irrevocable. “Nothing was irrevocable; everything was within reach.”