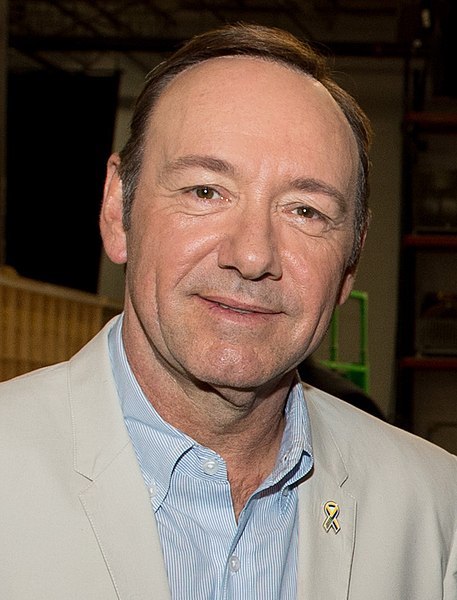 The federal trial of Kevin Spacey (The Usual Suspects, House of Cards) is underway in downtown Manhattan. The disgraced actor faces allegations of battery and intentional infliction of emotional distress in a $40 million lawsuit that has decades-old ties to the Upper East Side.

Anthony Rapp, known for his roles in Rent and Adventures in Babysitting, and another plaintiff named C.D. filed a civil complaint in September 2020 alleging Spacey sexually assaulted them in the 1980s. Rapp initially spoke to Buzzfeed in 2017 about the purported sexual advances Spacey made toward him.

In the court filing, Rapp alleged Spacey – then 27 years old – invited him to a party at his East Side home when he was just 14 years old and performing in Precious Sons on Broadway. Rapp allegedly accepted the invitation and attended the party.

“While [Rapp] was at the home of defendant, KEVIN SPACEY, defendant intentionally and voluntarily and without [Rapp’s] consent engaged in an unwanted sexual advance with a 14-year-old and grabbed then infant plaintiff, ANTHONY RAPP’s, buttocks, lifted him onto a bed and laid on plaintiff’s body,” the complaint reads.

The suit further alleges that Rapp was “apprehensive that a harmful and/or offensive bodily contact was about to occur” and that he ran into Spacey’s bathroom in fear for his safety. “After spending a few minutes in the bathroom, plaintiff left and went for the door of the apartment when [Spacey] tried to persuade plaintiff to stay but plaintiff refused and quickly left the defendant’s apartment.”

Rapp’s motion claims that he suffered emotionally, vocationally, and, as it relates to medical expenses, financially. He is seeking $40 million in punitive and compensatory damages.

Lawyers for Spacey answered the complaint in November 2020 by denying all of the substantive allegations including that he invited then 14-year-old Rapp to his Upper East Side apartment and that Rapp attended any alleged party at his home.

Since Rapp first spoke out in 2017, over 30 other men have accused Spacey of wide-ranging allegations, “from nonconsensual groping to the attempted rape of minors.” A criminal case in Nantucket was abandoned after complaining witnesses were unavailable. A Los Angeles criminal case was dismissed after the accuser passed away.

Spacey still faces criminal charges in London, England, including four counts of sexual assault and one charge of nonconsensual penetrative sexual activity between 2005 and 2013, according to The Cut.

The federal Rapp/Spacey trial underway downtown will focus only on battery and intentional infliction of emotional distress. The sexual assault claims were dismissed in June because they were brought too late.