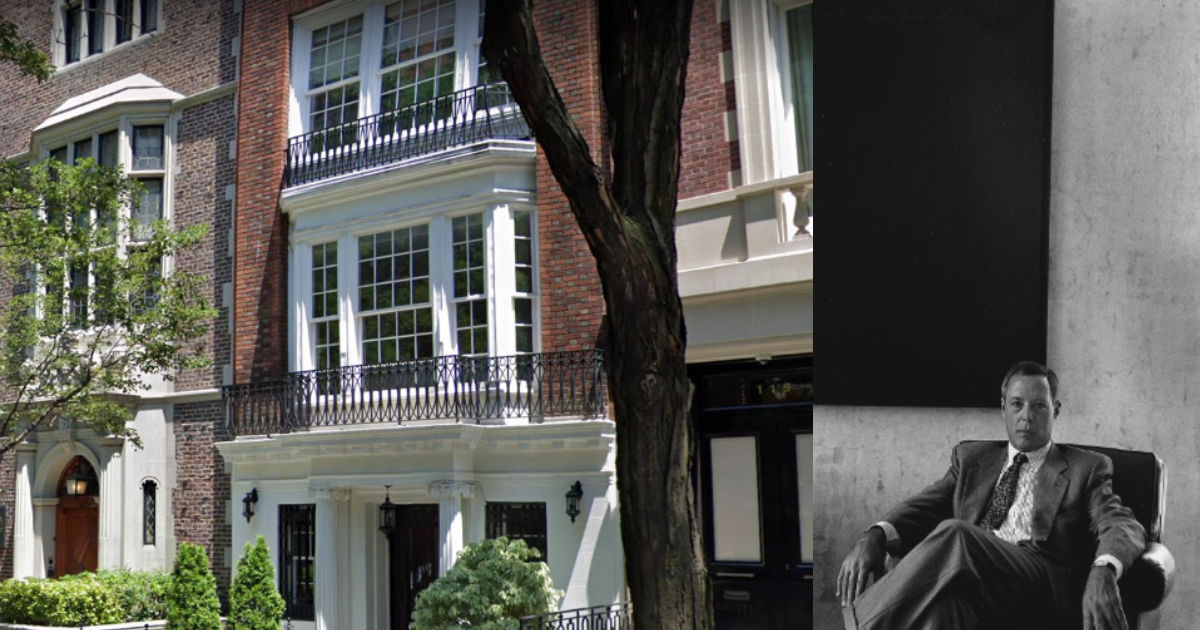 The government of Uganda is suing art collector and financier Asher Edelman over unpaid rent for the Upper East Side townhouse where he runs his two businesses, The Real Deal reports.

Court records indicate that Edelman owes close to $470,000 in back rent at 111 East 70th Street, between Park and Lexington Avenues, which the Permanent Mission of Uganda to the United Nations has been leasing to him.

Edelman has two businesses which he runs out of the townhouse: Art Assure, an art financing company, and his gallery, Edelman Arts.

The lawsuit states that neither business has paid rent since April 2020, and the Ugandan mission is suing for damages of more than $800,000, which The Real Deal states includes “rent due on the remainder of the lease through June of next year.”

Edelman made headlines back in February when he won a court settlement of $6.9 million over unpaid commissions for an art deal allegedly involving members of the Abu Dhabi royal family.

The handsome townhouse, located on an equally eye-pleasing street filled with ornate architectural details (like the dramatic bay windows of Creel and Gow), was previously owned by actor Anthony Quinn. According to Daytonian in Manhattan, Quinn purchased the townhouse in 1962, decided it wasn’t right for him, and sold it to the Ugandan government in 1963.