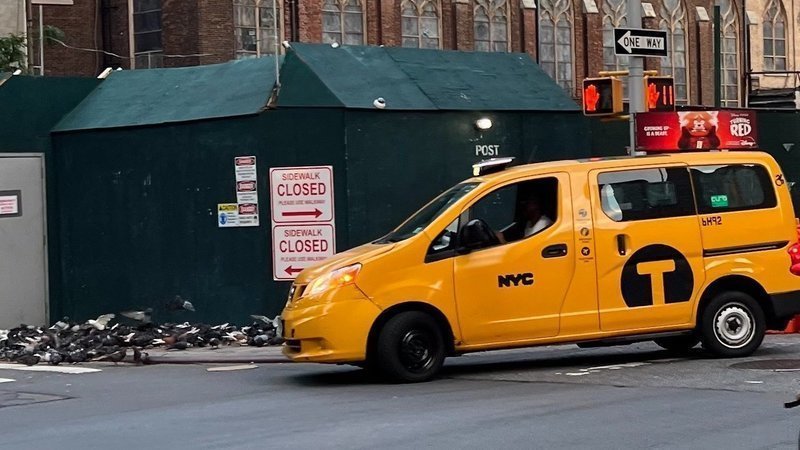 For some time now, a taxi driver has been driving around the Upper East Side tossing bags of birdseed onto the sidewalks. The birds swoop down to chow down. Lots of birds. Hundreds of them. Locals see it all coming. Every. Day. And they’re over it.

“There would literally be 250, 300 pigeons,” said Peter Quinn, an Upper East Side resident who spoke to PIX 11 about the pigeon problem. “Essentially what he does is drive around the neighborhood with bags of birdseed and stops periodically and dumps them out.”

The “he” Quinn spoke about is an NYC taxi driver who Upper East Sider Mike Volfman first noticed about two years ago, and most recently about a week ago.

“They come from everywhere,” said Volfman. “It’s amazing. It’s like a horror movie.”

He and Quinn both complained to the Taxi and Limousine Commission but to no avail. A third individual named Meghan, whose Nextdoor.com comment was captured in a screenshot by PIX 11, noted that the driver is “well known” and that her reports to the TLC, 311, and the cab’s medallion holder also failed. So too did personal requests made directly to the pigeon perpetrator himself by both Meghan and Quinn.

Volfman remains vigilant. He started a Change.org petition two weeks ago to put an end to this UES Hitchcockian nightmare.

“There is at least one cab driver who travels around the Upper East Side of Manhattan and dumps bird feed on the sidewalks. This attracts and feeds hundreds of birds, rats, etc. I’ve witnessed a specific one with tag 6H92 who stops in unsafe locations and dumps 40 pound bags of feed on the sidewalk. I’ve heard that the [TLC] will not do anything, so I want to get local government involved.”

One local store owner reportedly got so sick of cleaning up the resulting pigeon mess that he grabbed the bag of birdseed and threw it into the cab, “and then all of a sudden the cab was full of pigeons,” Quinn told PIX 11. “That was like poetic justice.”

Creepy Halloween Houses of the UES