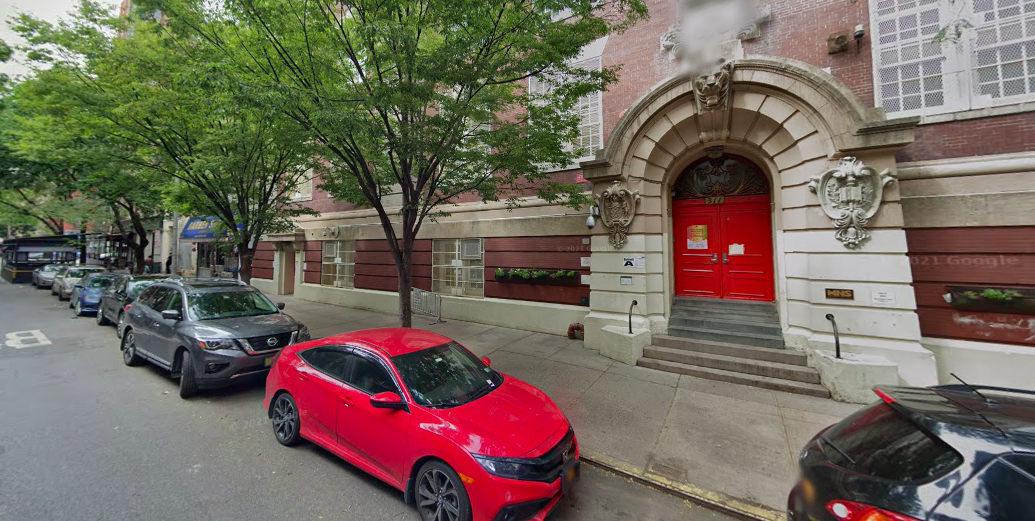 Manhattan New School (PS 290) on the Upper East Side is an elementary school “…committed to promoting a diverse, equitable and inclusive culture where all students develop their own identities and embrace the identities of others.” There are nearly 600 students at the school, located at 311 East 82nd Street, which is ranked #28 in New York Elementary Schools by US News and World Report. But the school, known for its rigorous curriculum, has a downside: the space is so limited that there’s neither a gym nor auditorium.

Younger students have recess in the tiny yards on the side of the school’s property, but for the older kids (3rd grade and up), recess takes place right in the middle of the street. What parents have called “…relatively flimsy, unmanned barricades” are what separates the children from traffic during these outdoor activities. Emily McKeogh, whose children attend the school, told NY1 in a recent interview “…as a New Yorker, we know those barricades don’t really deter cars from coming through, pedestrians, bicycles coming through and it seems like a real safety concern.”

The responsibility is then on the teachers and monitors to make sure the kids stay safe while playing outside. The barricades need to be moved for emergency vehicles, causing the children to have to move onto the sidewalk to let them through. “Having the kids outside exposes them to accidents, it exposes them to potential violent crime, or then even a kid could just wander away, and it’d be very tough for a faculty member or staff member or administration member to see that,” said Adam Seiden, who’s children also attend the school.

The students themselves aren’t thrilled with the arrangement. There’s nothing for them to do in the street, and current student Archer Haberman says “It’s not really that fair.” For other students, the problem goes beyond their entertainment; Julie Haberman laments that there’s “…dead rats that our P.E. coach and janitors have to clean up.” Even the younger students, who are still playing in the small side yard, are anxious about it. Kindergartner Eva Noël said “It’s dangerous there. I don’t want anybody to hit me.”

Parents started a campaign in 2014 with the support of the school’s principal, Doreen Esposito, to build a safe space for the children on the roof of the building. It had garnered some steam, with over two million dollars raised by 2018. This green roof would offer a refuge from the streets, but the project has stalled, with skyrocketing costs and accessibility concerns causing issues that need to be solved before it can continue.

Hopefully, the School Construction Authority — together with the local council members — will be able to help get this back on track and make this secure play space a reality.

We’ve reached out to Manhattan New School for comment and will provide an update once we learn more.