An Upper East Side penthouse triplex has sold for $60 million, setting a record for the most expensive Manhattan co-op sale since 2015, Mansion Global reports.

The lucky sellers were 81-year-old Jacqui Safra and 79 year old Jean Doumanian, both producers, who lived in the 7,000 square foot, three-floor home for the last 30 years.

The real estate publication does not mention an exact address, but the author does state that the apartment was located on the “14th, 15th and 16th floors of a boutique building on East 88th Street” – while also including a photo of the building, which is unmistakably 2 East 88th Street. 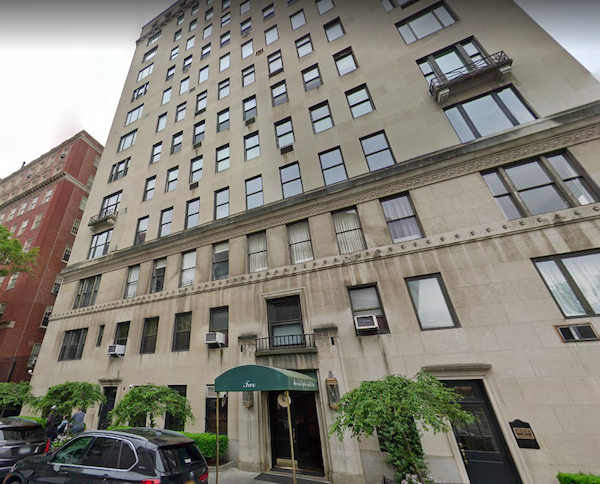 A Streeteasy description of the building also confirms it has “13 [stories] plus a triplex penthouse.”

The apartment was listed at $40 million, a whopping $20 mill below the price tag it apparently secured within a 24 hour period.

“I showed it to seven billionaires, and I got five offers,” co-listing agent Nikki Field told Mansion Global.

The twelve room home features a “two-level, 2,700-square-foot wraparound terrace, a staff wing, a gym and two entertainment floors,” says Mansion Global, adding that the power couple sold this apartment because they were spending more time at their other homes.

Jacqui Safra is a Swiss-born descendant of the billionaire Safra banking family. He held had various roles at the the Republic National Bank of New York, has made made investments in Encyclopedia Britannica and Merriam-Webster, and has financed eight Woody Allen films. Jean Doumanian produced several of Allen’s films, episodes of “Saturday Night Live,” and a long list of Broadway productions. She also wrote for the “Dick Cavett Show.”

3 UES Buildings Set to be Demolished