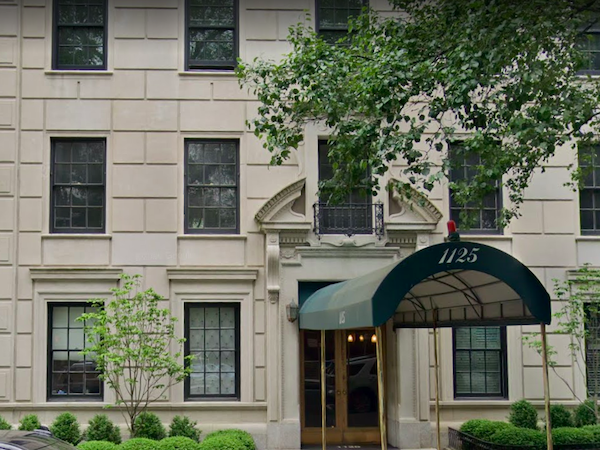 With an asking price of $50 million, it was labeled as “closed” on Brown Harris Stevens website as of April 15. The listing agent was John Burger from BHS. Midler sold it with her husband, performance artist Martin von Haselberg.

It isn’t known whether the buyer paid asking price, but the Journal says a $50 million deal would make it one of the largest in NYC since the pandemic began.

The 14 room home features 6 bedrooms and 6.5 bathrooms, spread throughout the top three floors of the prestigious prewar co-op in Carnegie Hill.

The listing description states that the interior measures a whopping 7,000 square feet, with over 3,000 square feet of outdoor space (with terraces located on the 16th and 17th floors).

Apartment features include direct views of Central Park, including of the reservoir; a private elevator landing; giant windows facing in all four directions; a 70 foot entertaining space; multiple wood-burning fireplaces; a library with floor-to-ceiling bookcases; and dramatic staircases connecting the three levels.

The building was designed by Emery Roth and constructed in 1925. According to Streeteasy, it houses 14 apartments, and the last seven to sell got an average price of $16,271,428.

Bette Midler most recently made NYC headlines when she announced she had written a book about Central Park’s famous Mandarin Duck.