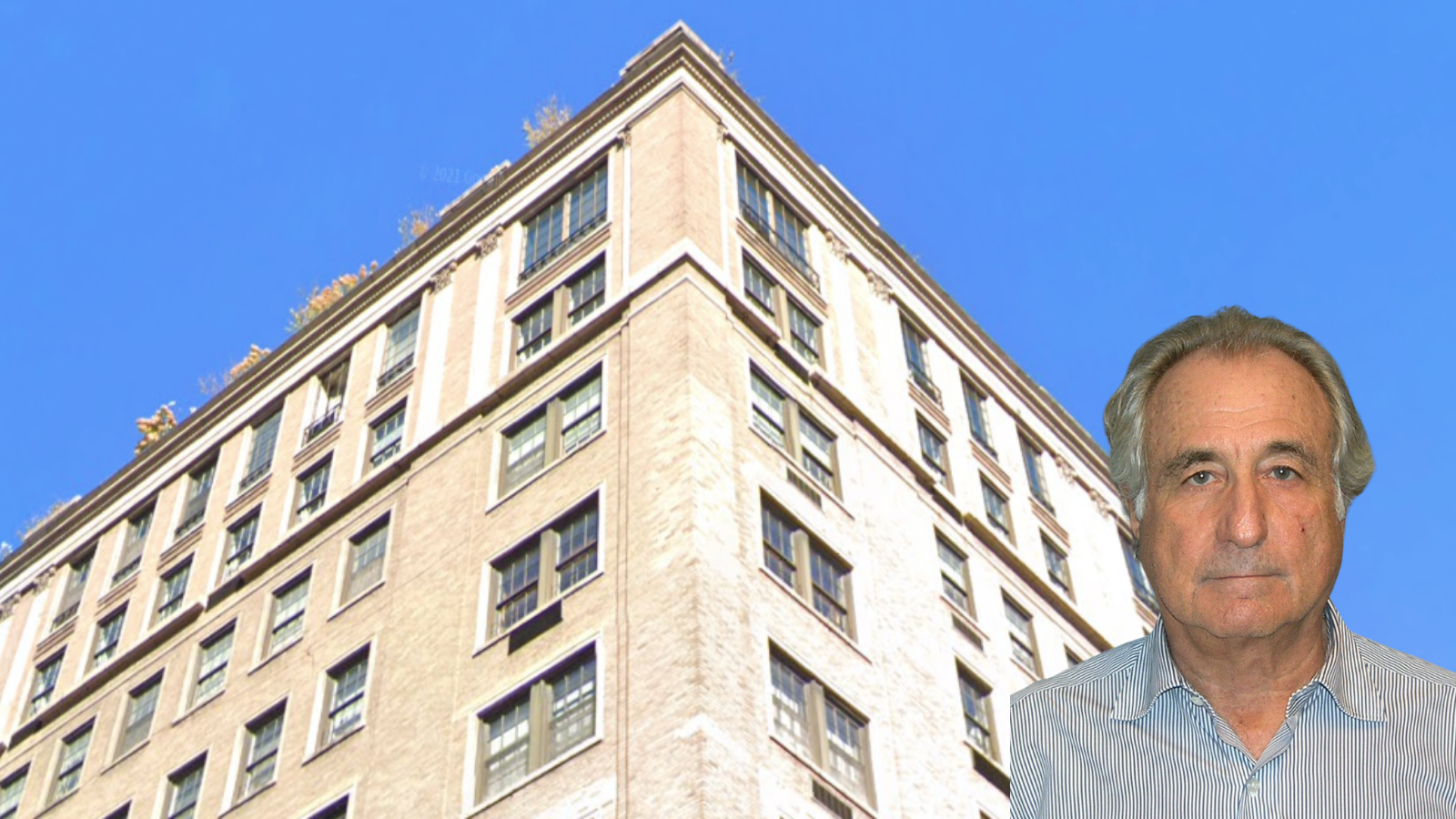 For the third time in just over 10 years, a gorgeous UES penthouse is back on the market. It’s a modern, clean and sleek apartment with seven bedrooms, six bathrooms, two floors and a wraparound terrace — and it’s selling at the same price it went for in 2014. The only catch? Until 2008, it was the home of Bernie Maddoff. Crain’s New York Business was the first to report on the listing, which is located on the top two floors of 133 East 64th Street.

From 1960 until December 2008, Bernie Maddoff was among the most trusted and respected investors in the world. He formed his company, Bernard L. Maddoff Investment Securities, in 1960, and in the ’90s he was the Chairman of the NASDAQ Stock Exchange. Banks, charities, pension funds and approximately 37,000 people in 136 countries invested their livelihoods in Madoff’s company. In 2008, world-wide financial markets crumbled as the housing market’s bubble burst. People rushed to banks and investment firms to withdraw cash and Bernard L. Maddoff Investment Securities was forced to reveal itself as a decades-old Ponzi scheme. Maddoff confessed his crimes to his sons and was arrested on December 9, 2008. It is estimated that around $17 billion was invested into the fraudulent company, though around $14 billion was eventually returned to investors. Bernie was sentenced to 150 years in prison. His son Mark hung himself on the second anniversary of his father’s arrest and his son Andrew died of cancer four years later. Bernie Maddoff died in prison on April 14, 2021.

His infamous reputation still lingers after 14 years, which makes selling his former residence challenging. After federal officials seized the Maddoff family assets, the UES apartment was placed on the market for $8 million. Alfred R. Kahn, CEO of 4Kids (now defunct, the company was once responsible for Pokemon’s world-wide popularity) bought the disgraced financier’s UES estate in 2010.

Following a divorce in 2014, Kahn sold it for $14.5 million to Lawrence Benenson, principal of real estate company Benenson Capitol Partners. Benenson bought an adjacent apartment for $4 million and is now, eight years later, selling the two properties together for a combined $18.5 million; exactly the price he had originally paid.

The penthouse looks different now; staged with hip, minimalistic furniture surrounded by empty walls, its spacious interior replaced the gloomy wallpaper and chandeliers of Maddoff’s previous aesthetic. The long drab curtains of the former home have been ripped away, making room for beams of sun, streaming through broad, open windows. Maddoff’s dark mahogany wood-lined walls and once-shadowy interior are completely stripped away to provide the impression of an open, clean canvas.