The board of a luxury condo –  The Touraine at 132 East 65th Street (between Lexington and 3rd Avenues) – is suing a wealthy resident for her alleged non-stop smoking, The Real Deal reports. 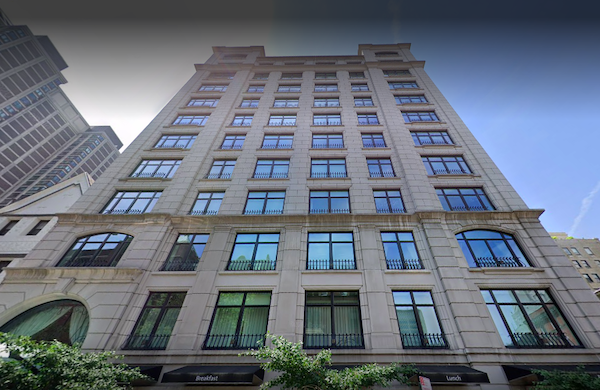 Jacob “Hank” Sopher is a Florida and NYC based billionaire real estate developer and the chairman of Quik Park. His wife, Jonee Sopher, “allegedly smokes so prodigiously that the fumes climb all the way from her third-floor unit to the 15th-floor penthouse,” The Real Deal writes.

In a complaint filed against her on July 7, the condo board stated that the issue started in 2015, when Sopher was asked to either get an air purifier or a sweep for her apartment door. The board also claims that it’s spent over $50,000 on solutions to prevent the spread of the odor.

An upstairs neighbor apparently moved out as a result of the fumes, and Sopher allegedly refused to stop after a smoking ban was put into place.

The board is now seeking a formal court order to bar Sopher from smoking with 25 feet of the building, and to cover the legal and renovation fees it’s incurred as a result of her habit.

An attorney told The Real Deal that because it’s a condo, where residents own their property, getting her to change her ways is going to be a challenge, unless it can prove the “smoking has caused a nuisance and that Sopher has continued to do it even after being asked not to.”