A townhouse at 11 East 69th Street has sold for a whopping $53.5 million, The Real Deal reports, making it NYC’s largest townhouse sale of the year (just ahead of Jeffrey Epstein’s former 28,000 square foot mansion at 9 East 71st Street, which sold for $51 million).

The seller of the new record-holder was real-estate investor David Levinson, who purchased the property for $9.5 million in 2004. The property was previously an office building housing non-profit organization American Friends of the Hebrew University. Levinson spent $20 million in renovations, according to The Real Deal. 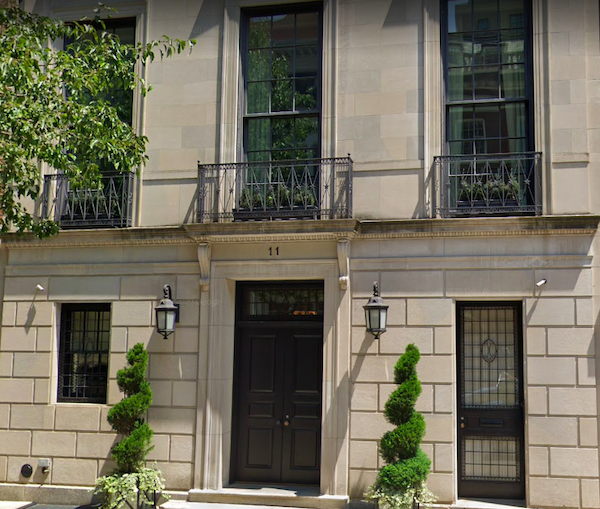 In other UES real estate news …

Three penthouses asking between $20 and $30 million have just been listed at Yorkville’s Beckford House & Tower, a new development at 301 East 81st Street at 2nd Avenue, the New York Post writes. Construction of the building is expected to be completed soon. The condo’s more unique amenities include a piano bar and lounge and a “65-foot swimming pool with a glass ceiling, ornate metal detailing and a custom glass mosaic wall mural.”

Construction is almost complete at 176 East 82nd Street at 3rd Avenue, New York YIMBY reports. The ten story residential development – also known as Étage – is being designed by ODA Architecture, and will offer nine 4-bedroom, 3.5 bathroom apartments plus a little under 2,000 square feet of retail space. According to the building’s website, all nine apartments have been sold. Asking prices ranged from $3,995,000 to $5,995,000.

A Tall Building is Going Up at 77th and Second Ave