It is often said that one person can ruin it for all. On a sliver of an Upper East Side street, one person may be saving it for all.

Located between East 60th and 61st streets, 1140-1152 Second Avenue houses seven four-story mixed use buildings constructed in 1910. All of them are supposed to meet a developer’s wrecking ball, according to documents filed last week. But one tenant – a rent-stabilized one at that – is refusing to leave, Patch has reported.

Except for the one holdout, the residential tenants have been “relocated.” The businesses that occupy this block – the Subway Inn Bar, Ruby & Jack’s Doggy Shack, and an adult entertainment store named The Pleasure Chest – have also agreed to vacate the premises. 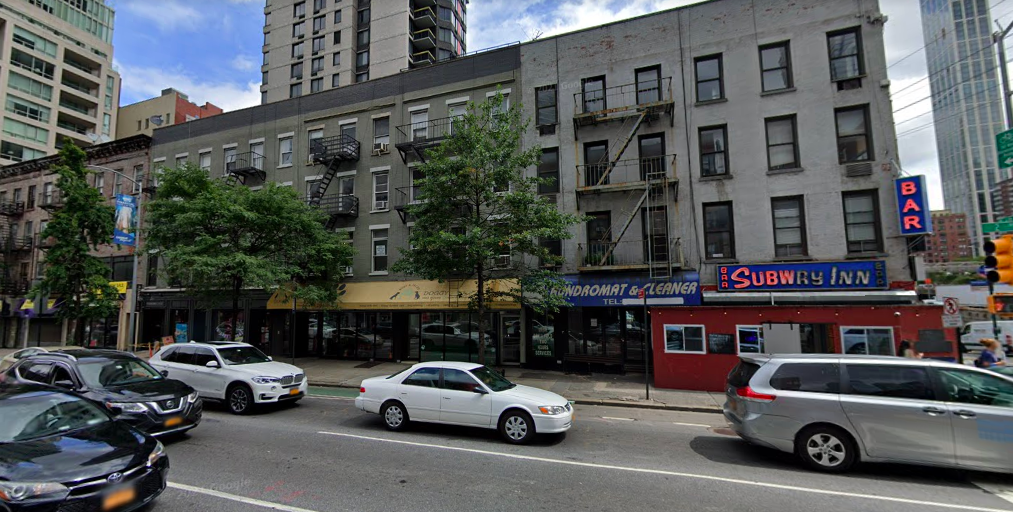 A source spoke to Patch and reported that the developer, Sean J. Lavin, is going to have to channel his inner Godfather to change the one tenant’s mind. “As of about three weeks ago, he wasn’t going anywhere. Unless they make him some kind of offer that he absolutely can’t refuse,” a source told Patch.

The matter seems to be at a standstill now. Lavin has owned most of the buildings for several years, but it is not known when he began to plan for their destruction or what the next step might be to move forward with that plan.

Lavin is not a newcomer to Upper East Side real estate. As Patch reported, his company – Lavin Development – was involved in the construction of Manor 82, a luxury condominium building located at 333 East 82nd Street. In 2018, Lavin sold the now-demolished East 82nd townhomes at 331, 333, 335, and 337 to RYBAK Development for the construction of the 21-unit limestone structure.