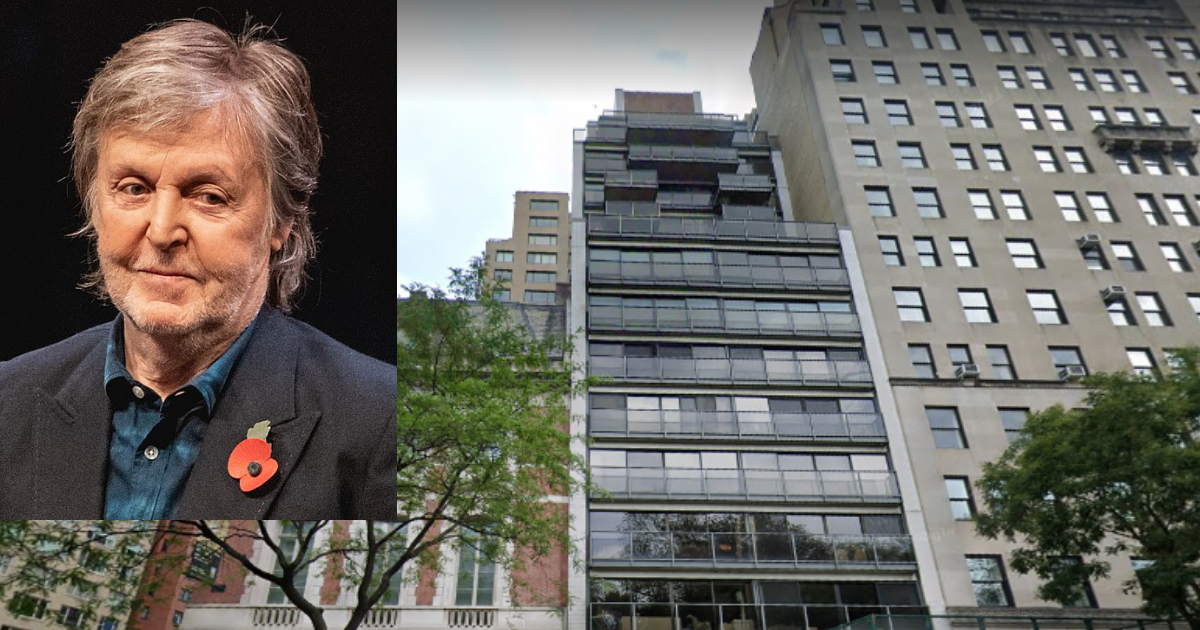 Music icon Paul McCartney bought an Upper East Side luxury co-op with his wife Nancy Shevell in 2015 for $15.5 million. The duplex penthouse, located along Museum Mile at 1045 Fifth Avenue, between 85th and 86th streets, is situated on the building’s 15th and 16th floors with a bonus room on the 17th.

Serena Boardman of Sotheby’s International Realty listed the unit for sale as a white box, or one that gives the new owner a clean palette to create his or her own vision in the interior. The listing is now removed from the Sotheby’s website but a picture of the apartment can still be viewed on StreetEasy.

“Each floor is graced with dazzling western views through 40 feet of floor to ceiling windows with glassed terraces directly overlooking Central Park. The view encompasses the Jacqueline Onassis reservoir with the carpet of Central Park’s plush greenery laid out at your feet and continues south and north as far as the eye can see.”

McCartney and Shevell first put the 10 room, 4 bedroom, 4.5 bath apartment on the market in June 2021 for $12 million before dropping the asking price to $10.5 million in September. A contract for that amount was agreed to about a month later.

The Wall Street Journal was the first to report the sale but placed the final price tag around $8.5 million. That adds up to a $7 million loss for Sir Paul and Shevell, a former board member of the New York Metropolitan Transportation Authority.

The building was constructed in 1967 by developer Manny Duell. He gifted the penthouse apartment to his wife who lived there until she passed away in 2014. McCartney and Shevell purchased the apartment from Duell’s children.

There is no word on who the buyer was or whether McCartney is now a man on the run from New York City. Fans can look forward to seeing the former Beatle at his upcoming stadium tour this summer, including the last date at MetLife Stadium on June 16.

Two-Story Building to be Replaced By … Larger Building