Some good old fashioned legal research may have saved the day for a developer and its plan to construct a 20-story building on the UES, The Real Deal reports.

Brooklyn-based Rybak Development purchased the former site of a two-story Chase Bank for $26 million in November 2020. Permits were filed shortly after for a 210-foot-tall apartment tower at 126 East 86th Street. The bank had been leveled by August 2021, and it seemed that construction was proceeding smoothly. 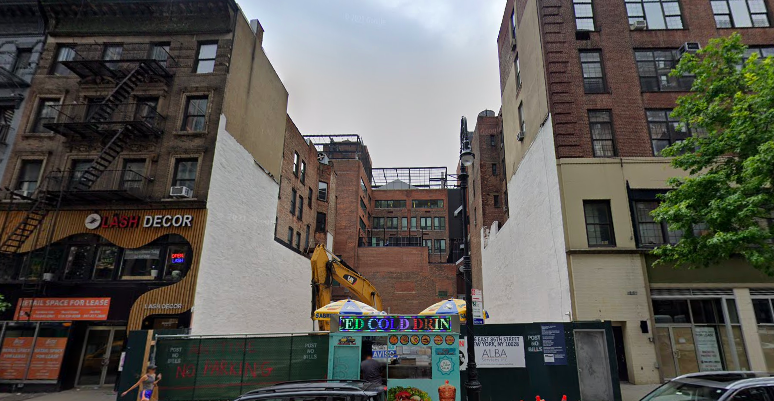 That is, until a handshake deal between Rybak and Congregation Kehilath Jeshurun, located directly behind the construction site on East 85th Street, hit a roadblock.

The installation of vibration monitors in buildings surrounding construction sites are required by code to make sure they are not damaged by excavation work. Rybek and the synagogue agreed to allow the developer to install the monitors but never formalized the agreement in writing.

A temporary monitor was installed in October, but Congregation Kehilath Jeshurun suffered “significant flood damage” later that month. The deal was off. The synagogue allegedly demanded the removal of the monitor and that Rybek cover the nearly $1 million in repairs.

Further construction is at a standstill. Rybek, through its LLC named 126 East 86 Street Development, filed a lawsuit against the house of worship on January 19, 2021 alleging that judicial intervention is needed for the project to continue.

Rybek’s attorneys are asking the court to enforce an obscure provision of the New York’s property laws that would allow the installation of the requisite monitors in Congregation Kehilath Jeshurun – even if its refuses to provide access. (For those interested, its section 881 of New York Real Property Actions and Proceedings Law.)

To bolster its argument, Rybek claims it will need only one day to install the monitors and one day to remove the monitors approximately twelve months later (unless the Department of Buildings requires otherwise) with interim access for “maintenance or inspections.” Simplifying installation further, according to the developer, is the contention that the process won’t be intrusive because the monitors are not attached to the synagogue’s structure and “and do not require any work on or alterations to the building itself.”

The developer’s petition further claims that Congregation Kehilath Jeshurun’s demands – $555,000 for water damage repair and waterproofing and an additional $350,000 for the installation of roof protections – are tantamount to a ransom. Rybek takes particular issue with the request for roof protections.

The return date on the motion does not appear to have been set yet. If construction does proceed, the new building will offer 1,500 square feet of ground-floor retail space and 62,370 square feet of residential space with 32 apartments above.