During Q2, this area – which CBRE considers the stretch between 57th and 72nd Streets – had 55 empty storefronts, more than twice as many as the second most vacant area. (There were 27 vacancies between Battery Park and Chambers Street on Broadway, and 25 vacancies between West 72nd and West 86th Streets).

“Upper Madison Avenue added 11 new listings over the past 12 months – increasing the number of ground floor spaces by 25.0% from 44 to 55. In Q2 2021, the former Sergio Rossi space [at] 680 Madison Avenue and the former Givenchy space at 745 Madison Avenue were brought to market as demand from luxury retailers continues to be strained by the impact of the COVID-19 pandemic. Both retailers and consumers have increased focus on the more affordable and active markets in Midtown South and Downtown. Stagnant Inventory and a lack of new demand continue to make the Upper Madison corridor a challenging draw for new retailers.” 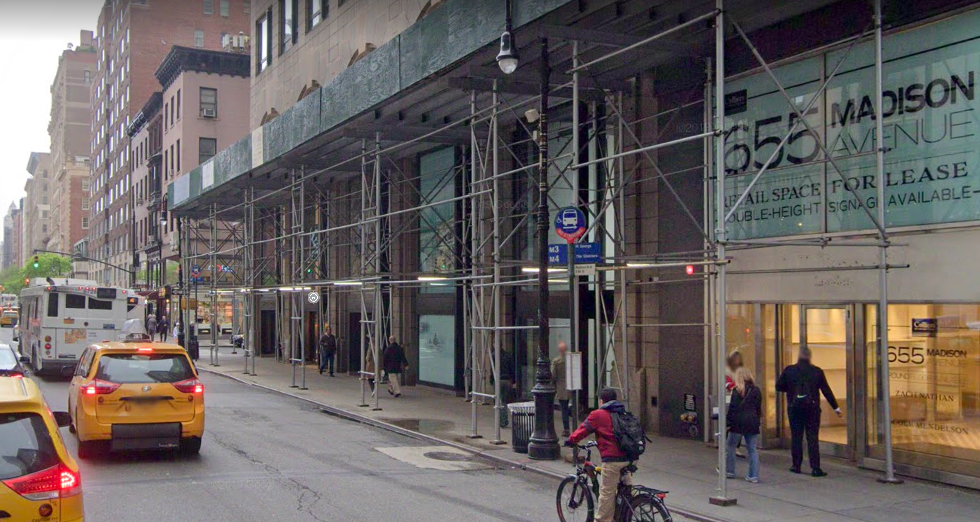 While this part of the East Side has led the chart in vacancies, the UES as a whole saw a total of 5 lease transactions during the second quarter, for a total of 15,213 square feet leased. This makes it the fifth most active neighborhood in terms of the amount of space rented.

The report shows that the stretch between 60th and 72nd Streets on 3rd Avenue had 16 availabilities, and that the average price per square foot had dropped to $185 from $206 one year earlier.

CBRE tracks 16 major retail corridors in the city, and the collective number of vacancies between them rose from 275 in Q1 to 290 in Q2.