The economic sanctions imposed on Russia by the United States and its allies in Europe are reportedly set to have a devasting impact on the Russian economy. Closer to home, Russian billionaires are readying to divest themselves of their New York property interests, including at least three on the Upper East Side.

The 72nd Street townhome is a Neo-Grec style Gilded Age classic built in 1891 by Robert B. Lynd. The Russian investors paid $19 million for the 19 room, 11 bedroom, 11+ bath property in 2014. According to the Post, the group has “plans of transforming the palatial, 27-foot-wide sandstone-clad mansion into three ultra-luxury condos that, they thought, would fetch around $70 million.”

Just a bit further downtown, Valery and Olga Kogan are looking to sell their condo at the Plaza Hotel for $50 million. They’re also looking to unload properties at 15 Central Park West and 515 Park Avenue (at East 60th Street), according to the Post. Valery is co-owner of Moscow’s Domodedovo Airport. The couple is reportedly looking to sell “properties in Connecticut, the West Coast and even Israel. They are looking to part with around $250 million in property in the New York area alone.” 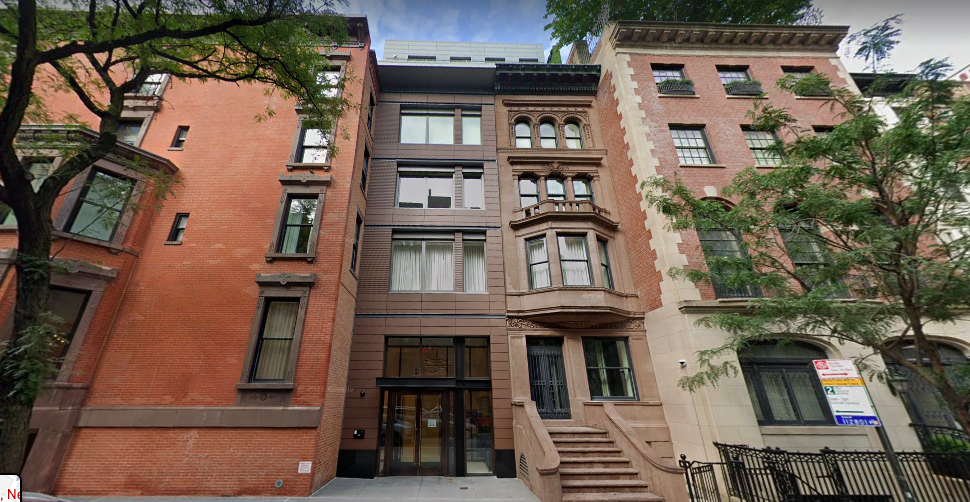 Kuzmichev purchased the 74th Street property in 2016 for $42 million, and the property has been listed on Streeteasy since September 2021. The 1901 building was designed by famed architect Grosvenor Atterbury. It is landmarked as the Atterbury Mansion and was designed originally for Sarah Robbins, a niece of Cornelius Vanderbilt and her husband Julian Wainwright Robbins, a banker. Kuzmichev’s stake in 33 feet wide townhouse offers 10 total rooms, 12,771 square feet with five bedrooms, five full baths, three half baths and private first floor terrace.

Forbes estimates Kuzmichev’s net worth at $6.2 billion, a drop of $1.6 billion since April 2021 (and down $9 million since March 4, 2022). On March 7, he resigned from LetterOne, a Luxembourg-based investment company, after its co-founders Mikhail Fridman and Pyotr Aven were sanctioned by the European Union because of their ties to Putin. Fridman is also co-founder in Kuzmichev’s Alfa Bank and “inadvertently” spoke out against Putin, a sentiment Kuzmichev allegedly agrees with.

Two weeks into the invasion of Ukraine by Russian President Vladimir Putin, the sanctions have made it “impossible to conduct normal business in Russia,” writes Vox. “In the short term, that means a massive economic slowdown: The Russian stock market has been shuttered since the invasion, and many Russian companies with shares listed abroad have seen their equity values all but wiped out.” The Russian ruble is now near an all-time low.