An Upper East Side couple is urging a court to award them at least $225,000 in damages for an alleged breach of contract, Patch first reported.

Jill Kargman – ex-sister-in-law of Drew Barrymore – is the author of Momzillas and the creator of Bravo’s “Odd Mom Out.” She is married to Harry Kargman, founder and CEO of the mobile-only advertising company Kargo. The two, who’ve been married for 19 years, reside at 154 East 62nd Street with their three school-aged children.

But just next door to their multi-million-dollar digs (asking $9.7 million when it was last on the market) is an Upper East Side hell-scape reminiscent of “Detroit circa the 1980s,” according to a lawsuit the Kargmans filed on October 12, 2021. 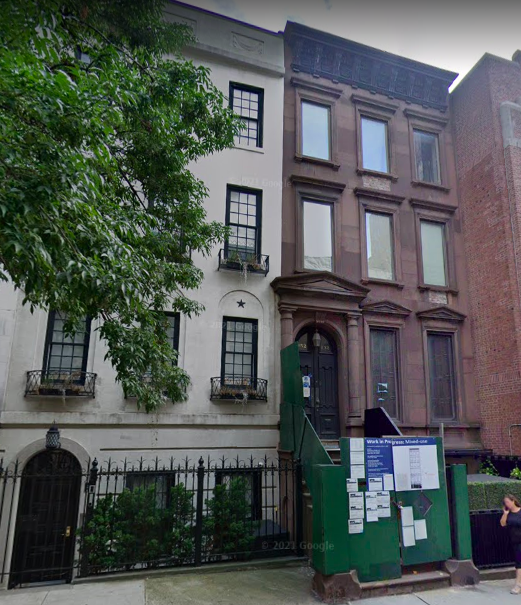 Five years after construction began, “Project Premises is a stalled and abandoned construction site, attracting homeless people, garbage, rodents, dirt and debris.” No. 152 is said to be “closed and padlocked” and the subject of 20 Department of Buildings complaints and 14 violations.

The suit further alleges that Mass’ construction broke through a wall in the Kargman’s townhouse, that future extensions of the Project Premises would eliminate the family’s west-facing views, and that plans for renovations at No. 154 are on hold until defendant Mass completes the “horizontal extension and vertical enlargement of the Project Premises, including finishing the exterior of the newly expanded and enlarged Easterly wall abutting the 154 Townhouse terrace.”

The plaintiff’s motion goes on to detail a 2019 agreement between the parties and the alleged failure of Mass to uphold his part of the deal. It also describes the efforts of the Kargman’s legal counsel to gain the dentist’s compliance for the last three years.

The couple is seeking “an amount currently unknown, but believed to exceed $225,000, the full amount of which shall be determined at trial, plus statutory interest, and costs” as well as a court order forcing Mass to complete construction, provide repairs and restoration work. The motion also seeks a money judgment of at least $25,000 plus statutory interests and costs.

Mass has less than thirty days to respond. If he fails to do so, he faces entry of a default judgment against him for the relief sought by the Kargmans.