While Halloween on the Upper East Side is pronounced by the ghoulish decorations hanging from many of the neighborhood’s brownstones, there’s a darker side of haunted mansions and spirits which should be appreciated this time of year. We’re talking ghost sightings galore. Read on to learn about some of the most disturbing entities heard and seen on the UES. 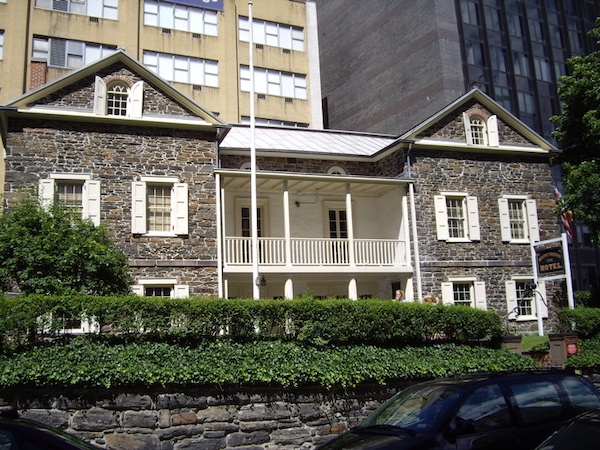 Photo by Dmadeo via Wikimedia Commons

Located at 421 East 61st Street, the Mount Vernon Hotel Museum and Garden was originally built as a carriage house in 1799 on a 23-acre lot owned by Abigail Adams Smith and her husband Colonel Williams Stephen Smith. The couple converted the carriage house into a hotel in 1826 after the main house burnt down.

In 1833, the property was sold to Jeremiah Towle where it remained in the family for three generations. Towle’s daughters sold the estate to Standard Gas and Light in 1905. Before the Colonial Dames of America bought the museum building in 1924, the President of the Society of American Antiquarians used it as an antiques shop.

After the Colonial Dames renovated the building, it reopened in 1939 as the Abigail Adams Smith House, a historic house museum. It was landmarked in 1967 by the New York City Preservation Commission and renamed the Mount Vernon Hotel Museum & Garden in 2000.

Despite all the changes in ownership and routine turnover in hotel guests, it seems one person never left.

Abigail was the daughter of the nation’s second President, John Adams. She and her husband named their land after family friend and founding father George Washington. According to Dr. Philip Schoenberg, author of Ghosts of Manhattan: Legendary Spirits and Notorious Haunts (Haunted America), the spirit of Mrs. Smith still roams the estate. “Now and then, one of the docents or educational interpreters hears her footsteps.” 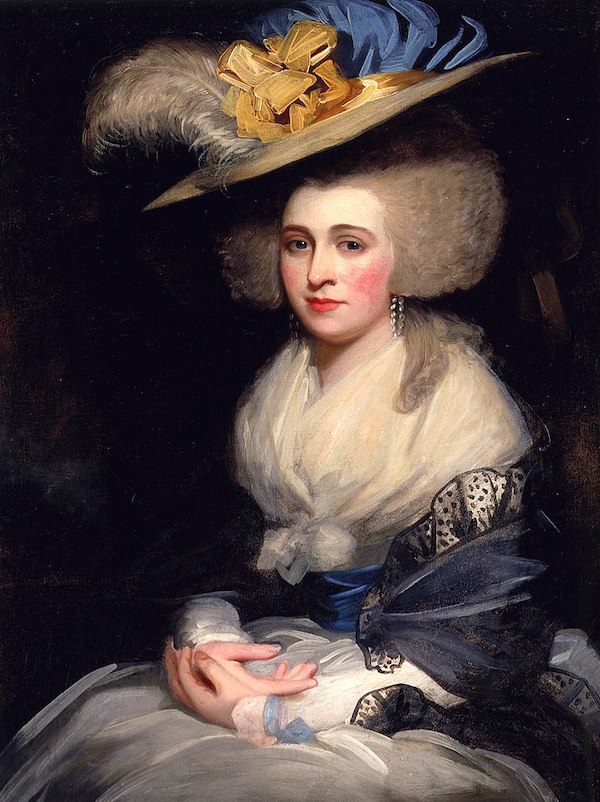 It is unclear why this ghostly activity is attributed only to Abigail, but surely any inexplicable footsteps are creepy enough. 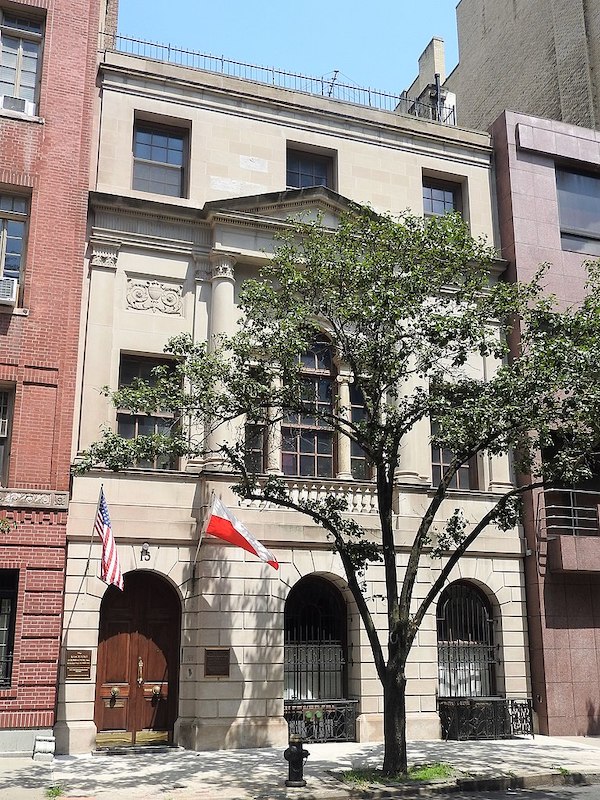 Formerly known as the J. J. Van Alen House, 15 East 65th Street is now home to the Kosciuszko Foundation, an organization “dedicated to promot[ing] educational and cultural exchanges between the United States and Poland and to increase American understanding of Polish culture and history.” It is also home to some paranormal activity.

The Van Alens were a wealthy bunch that often sparred with the famous Astors, the two families linked by marriage and by neighboring properties. Miss E. T. Chisholm lived at 15 East 65th Street in the late 1880s and used the townhouse as a school to offer “advanced classes for women,” the goal of which was to “secure for women instruction in the higher branches of knowledge.”

The Van Alens took over No. 15 after Chisholm in 1916 but sold it to Rufus L. Patterson, Vice President of the American Tobacco Company, in 1919. The Kosciuszko Foundation purchased the building in 1945 and has remained there since. However, according to Gotham Paranormal Research Society (GPRS), the Foundation is not the only resident.

Angela Artuso, Gotham Paranormal’s director, told us that paranormal activity was detected during a 2018 investigation on three different floors and the elevator that runs between them.

“We heard music playing from another time period. Footsteps on the floor above when no one was up there. And the elevator stops at random floors,” said Artuso. “There was one death in the elevator. It was a cleaner who came into the building when no one else was there. The cleaner got stuck and was not found for two weeks.” The elevator was inspected but a technician was unable to provide an explanation for the random stops.

“We did pick up some E.V.P. (electronic voice phenomenon). There was a muffled voice by the elevator when we left the recorders running,” Artuso recalled. Another voice near the elevator was recorded saying “hi” and a third E.V.P. recorded a child calling for their mother.

The voice of the child may belong to a child around nine years old who was a student of Chisholm’s and died after an accident on the property. Artuso explained that the investigative team communicated with the child using vibration sensors. The unknown entity intelligently responded to direct questions and told GPRS that she was part of Chisolm’s school in the 1880s and that she was run over outside.

GPRS also reported hearing the second floor full of activity and worried that it would not be able to conduct its investigation in that area. “It sounded like 200 people chatting in one space. As we approached the last three or four steps, the sound just stopped,” said Artuso.

There are no immediate plans for GPRS to return to Kosciuszko Foundation, but the investigation team is hoping to head back soon. 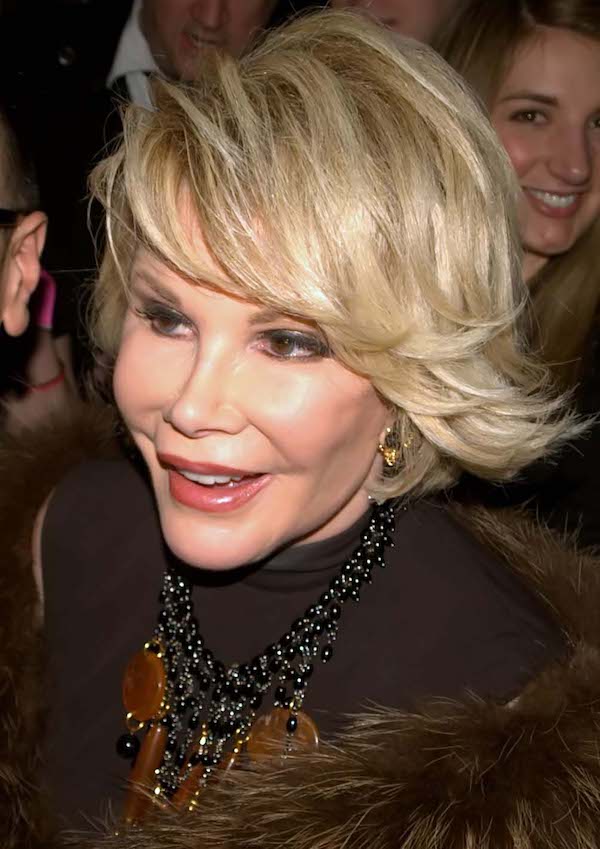 The East 62nd Street penthouse of the late Joan Rivers sold for $28 million after she passed away. Rivers haunted celebrities for decades, using them as fodder in her comedy sets and later deriding their fashion choices on the red carpet. But it seems like the former talk show host may have had a ghost of her own.

A niece of J. P. Morgan – known as Mrs. Spencer – was the home’s original resident and did not take lightly to anyone sharing her space. Spencer is blamed for the cold temperature of the ornate triplex and for the failure of Rivers’ “electrical things to work correctly.”

“Spencer was very angry,” according to the New York Post. “She was still, in her mind, the grande dame of the building. She did not like what was being done with the house.” Rivers eventually sought the help of a New Orleans voodoo priestess named Sallie Ann Glassman to cleanse the home.

The feisty Mrs. Spencer was finally appeased when Glassman and Rivers “hung a portrait of Mrs. Spencer in the building lobby and left flowers for her in the home’s ballroom.”

There is no word as to whether the future residents of the penthouse have heard anything from Mrs. Spencer. 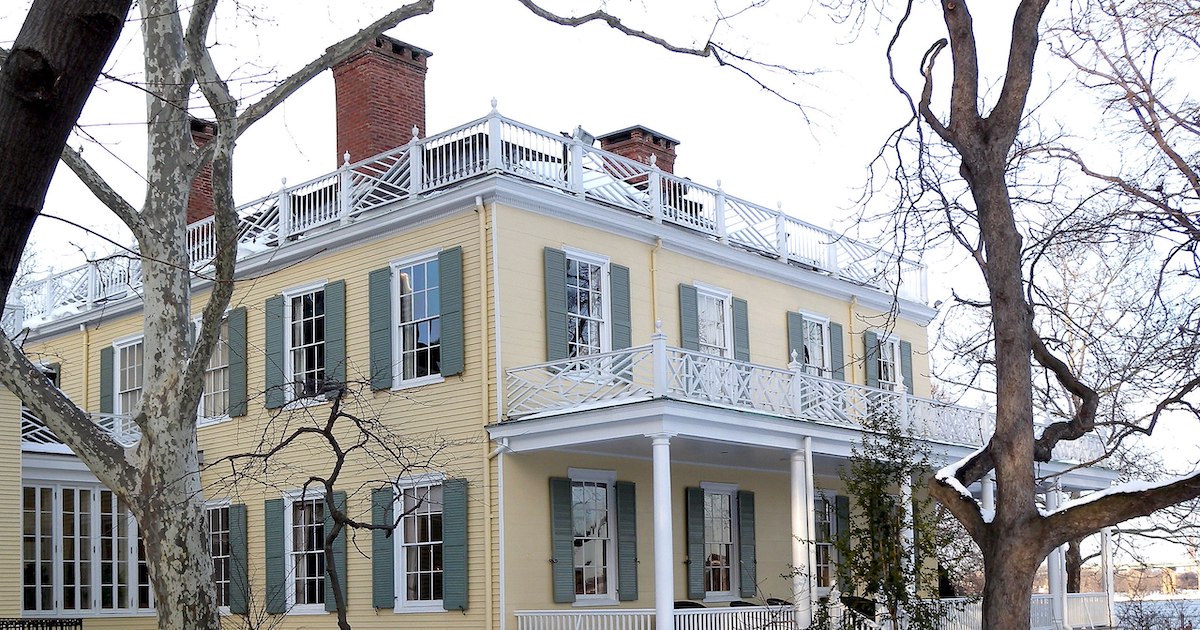 Archibald Gracie built the landmarked wooden structure known as Gracie Mansion in 1799 and sold it to Joseph Foulke in 1823. Ownership of the mansion passed hands numerous times until Robert Moses had it designated as the official residence of the city’s mayor. In 1942, Mayor Fiorello H. La Guardia moved into New York’s “little White House” and several renovations followed over the years.

“The People’s House” plays host to some annual Halloween festivities. Guests for this year’s event “will embark on a 30-minute outdoor haunted experience, enjoy tricks and treats, and leave with joyful memories to share.” They may also be joined a ghostly spirit said to haunt the grounds.

“Elizabeth Wolcott Gracie, daughter-in-law of shipping merchant Archibald Gracie, died of apoplexy there in 1819 and many claim her ghost still floats through from time to time,  according to the New York Post. The city’s First Lady Chirlane McCray seems to believe Mrs. Gracie could be keeping an eye out on the old estate.

“I’ve never seen her, but there are times when doors open and close by themselves, and the floor boards creak as though someone is walking through the rooms,” she told Metro.