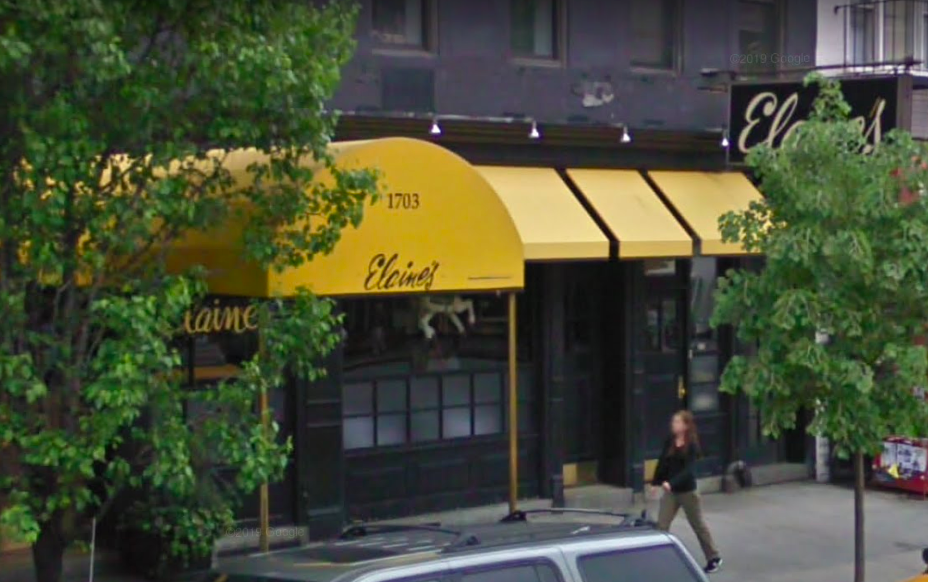 The iconic Upper East Side institution Elaine’s is long gone, but it may gain another life if a planned musical about the hotspot makes it to the stage.

Elaine’s was THE place to be seen throughout the 1960s, ‘70s and ‘80s, and was known for the framed covers of books on the walls written by the literary luminaries who were regulars. The Yorkville bar, at 1703 Second Avenue at 88th Street, was opened in 1963 by Elaine Kaufman, who became known as a generous if quirky hostess extraordinaire. It closed in 2011, a year after she died. In its early days, the nightspot attracted writers such as George Plimpton, Gay Talese, and Norman Mailer, who soon became regulars. They were followed by agents, film producers and actors, and then by everybody who was anybody. Woody Allen had his own table; stars like Mick Jagger and Pavarotti made appearances; and the place became a hangout for high-profile figures in every arena, from politics to sports.

Elaine was known for her strong opinions. If she didn’t care for a customer, they might be exiled to one of the tables in the back, otherwise known as “Siberia.” She famously had a feud with Norman Mailer (who kept coming back). And she allegedly slapped a patron. The planned musical opens with a version of that scene in which someone is being thrown from the front window of the bar.

The musical is the passion project of three musicians, former regulars who weren’t celebs but became favorites of Elaine’s. Twin brothers Robert and Steven Morris and writing partner Joe Shane are calling it “Everyone Comes to Elaine’s.” Asa Somers, an actor in Dear Evan Hansen, is working on the book.

The collaborators worked together for hours at a stretch on Zoom and emailed audio files to each other. They say that reminiscing about this very socially connected and vibrant time in their lives kept their spirits up during isolation.

In a reading in March, Broadway actor Mary Testa read the role of Elaine Kaufman, and Jeff Calhoun, a Tony-nominated director, oversaw the cast.

At least one heavy hitter in the Broadway world has expressed interest.