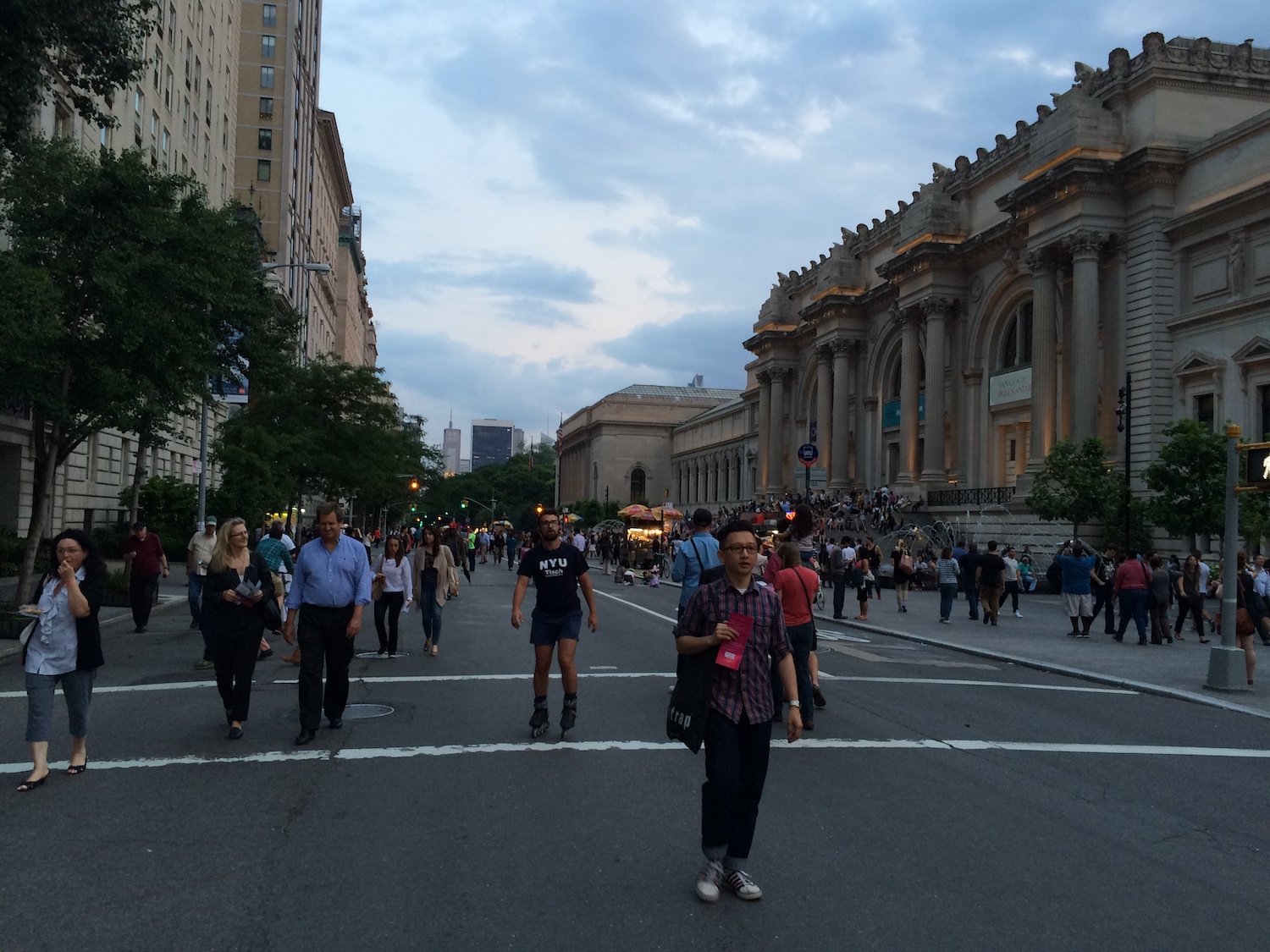 The 44th annual Museum Mile Festival is coming back in-person on Tuesday, June 14 from 6-9pm.

The stretch between 82nd to 105th streets will be closed to vehicle traffic, allowing for street artists, musicians and food vendors to set up.

This year, the Metropolitan Museum of Art is kicking things off with a performance by Slavic Soul Party, a 9 member Balkan brass band drawing on Eastern European music, at the David H. Koch plaza near East 80th Street.

The Met is offering several performances throughout the evening.

IBEX Puppetry, a non-profit performance group devoted to health and healing of the planet through artistic spectacle, outreach, and the fine art of puppetry, will be performing with their award-winning puppets. The group will also be offering a puppet making workshop, if you want to learn how to create crane puppets.

Every 30 minutes, “Drop-In-Drawing: A Moment in Time” will take place at the David H. Koch Plaza near 81st Street, with teaching artists guiding guests through sketches.

Drag Queen Story Hour, a group that “produces storytelling and creative arts programs for children and teens, presented by local drag artists,” is offering bilingual story time at 7pm and 8pm, sharing picture books to look, listen and sing along with.

At The Jewish Museum, Rumba de la MUSA, a group of musical artists working with the sound of the Caribbean drum, will be performing three sets on the hour outside of the museum.

At the Guggenheim, teaching artist Jeff Hopkins will share stories about the museum’s Frank Lloyd Wright-designed building in a presentation of his series, “Sketch with Jeff”.

At the Africa Center, Congolese artist Nkumu Katalay and the Life Long Project Band, “a musical group and a project which focuses on pushing the positive narrative of the Congolese culture via music and social-cultural and educational initiatives,” will be performing.

The Museum of the City of New York’s exhibition, “Analog City,” gives a look at a pre-digital New York, exploring the city’s tools, technologies and lost professions from the 1870s-1970s.

At the Cooper Hewitt, Smithsonian Design Museum there are several new exhibitions on view, including “Design and Healing: Creative Responses to Epidemics,” which was organized during the unfolding COVID-19 pandemic while exploring the thought, “How can I help?”

The Museum Mile Festival began in 1978 to raise awareness of the wonderful art institutions along Fifth Avenue — while promoting public support of the arts. It is a mile long celebration of art and culture. Admission is free. No registration is required. Learn more here.

A Plan to Beautify Upper East Side Construction Sites