Don’t want to fight the traffic or the weather to play a round of golf? No problem. Five Iron Golf is bringing its “best-in-class” golf simulators and “top-of-the-line” clubs to the Upper East Side, creating an entertainment space that will also feature music, food and drinks.

This new attraction will be opening at 1681 Third Ave, between 94th and 95th Streets.

Potential noise was the number one concern from the committee. Five Iron Golf currently operates three other locations in the city, with more golf centers across the US and Singapore. Board member Loraine Brown asked, “Have there been any complaints from any of the restaurant establishments in your portfolio and if so were they cured?” Ciocca responded, “We’ve never had a complaint before.” 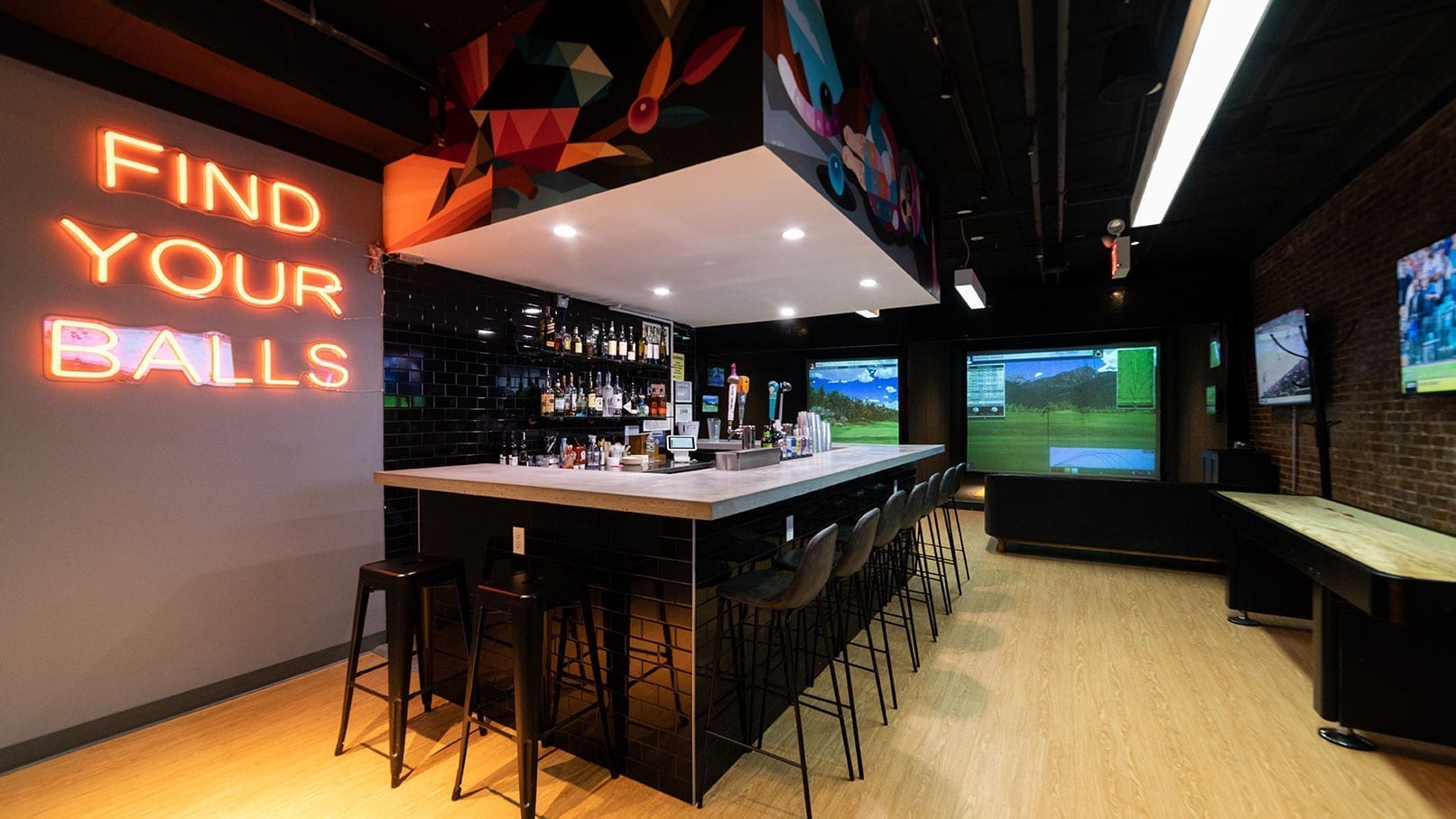 Brown also inquired if Five Iron Golf would be sound proofing its new space — which will be located on the basement level of a new Extell Development condo called The Kent. “Currently there’s not a plan for sound proofing; we are in a basement space and it doesn’t typically get loud…” answered Ciocca, who was also questioned about having a live DJ on his application. Ciocca said he simply listed the DJ to cover the “once in a blue moon” circumstance when a client wants to bring one in … but went on to say that this “almost never happens.”

Ciocca agreed with CB8’s suggestion to have security at the door on nights when a DJ is playing music, so as to monitor the customers.

Once open, Five Iron Golf will offer 9 tables with simulators for people to play virtual golf. Using real equipment, patrons will hit golf balls against a digital screen that will look like an actual golf course. There will also be a bar with 14 seats and the option to order American fare like sliders, flat breads, wraps and salads.

Fire Iron Golf will also boast ten TVs and will be ADA accessible.

We’ll provide an update once we become aware of an opening date. To learn more, visit fiveirongolf.com.