Home
Food & Drink
Sandro’s to Return to Upper East Side 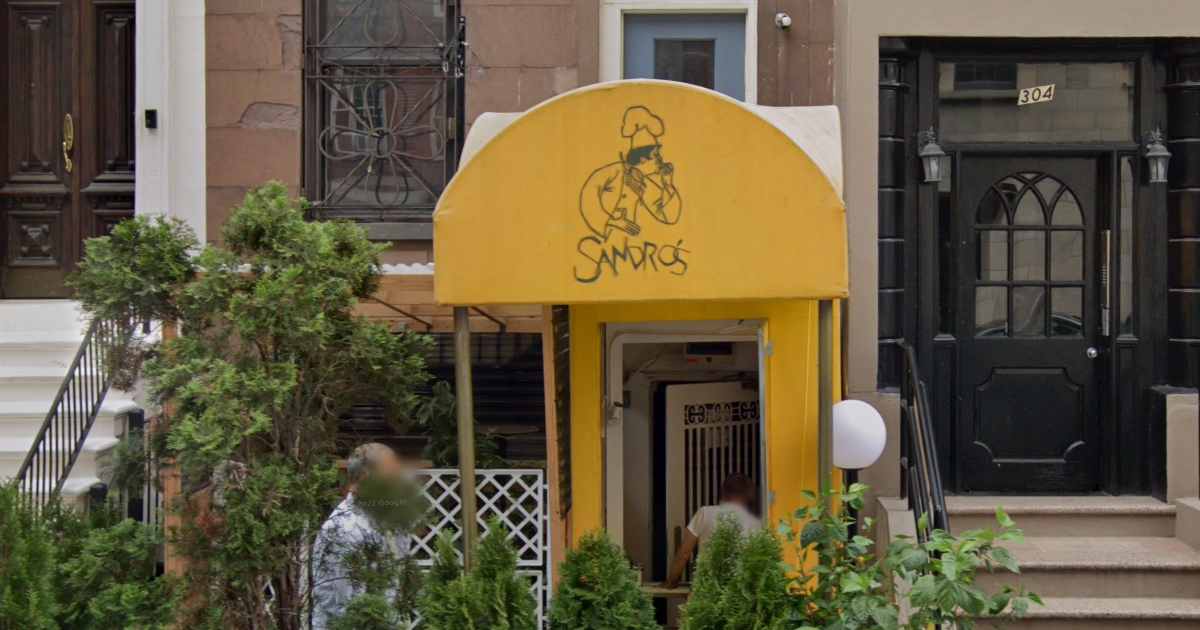 Sandro’s is coming back.

The Italian restaurant’s previous location — 306 East 81st Street between First and Second avenues — closed after 16 years back in February.

When owner Sandro Fioriti announced his restaurant’s forthcoming closure back in January, he wrote on Instagram that they were “… hopeful that we will be building new memories some time in the near future.”

The near future has arrived, and Fioriti has leased a new space at 322 East 86th Street, between First and Second avenues (currently home to Little Frog Bistro & Bar, which Sandro’s will be replacing).

At a recent Community Board 8 meeting (during which Sandro’s appealed for its liquor license), a restaurant representative said it will be the exact same restaurant, just at a new location. There will be a bar with 8 seats; 14 dining tables with 56 total seats; a sidewalk cafe with four 2-person tables; and as part of the Open Restaurants program, a roadway consisting of 7 tables and 20 chairs.

The space does come with a backyard, but Sandro’s does not plan to utilize it.

Sandro’s liquor license application was approved on the basis that the rear yard won’t be used.

We’ve reached out to Sandro’s to see if they have an estimated opening date at this point. We’ve also reached out to Little Frog to see what its future on the Upper East Side might look like. Stay tuned for updates.