This is a place where you can simply reserve a table, bring a pal and ping away — and you can do so 24/7, because there are no employees onsite. The space is instead equipped with security cameras, and only after you reserve a table online will you be able to access it (using your phone to unlock the door).

PingPod launched in 2020, opening its first location on the Lower East Side. The company has since expanded to Astoria, West 37th Street and Williamsburg — and after raising $10 million in venture capital earlier this year, PingPod plans to bring its ‘autonomous’ brand of table tennis national.

One thing that’s unique about the Upper East Side street-level space is that there’s only one table (other PingPod locations have several). 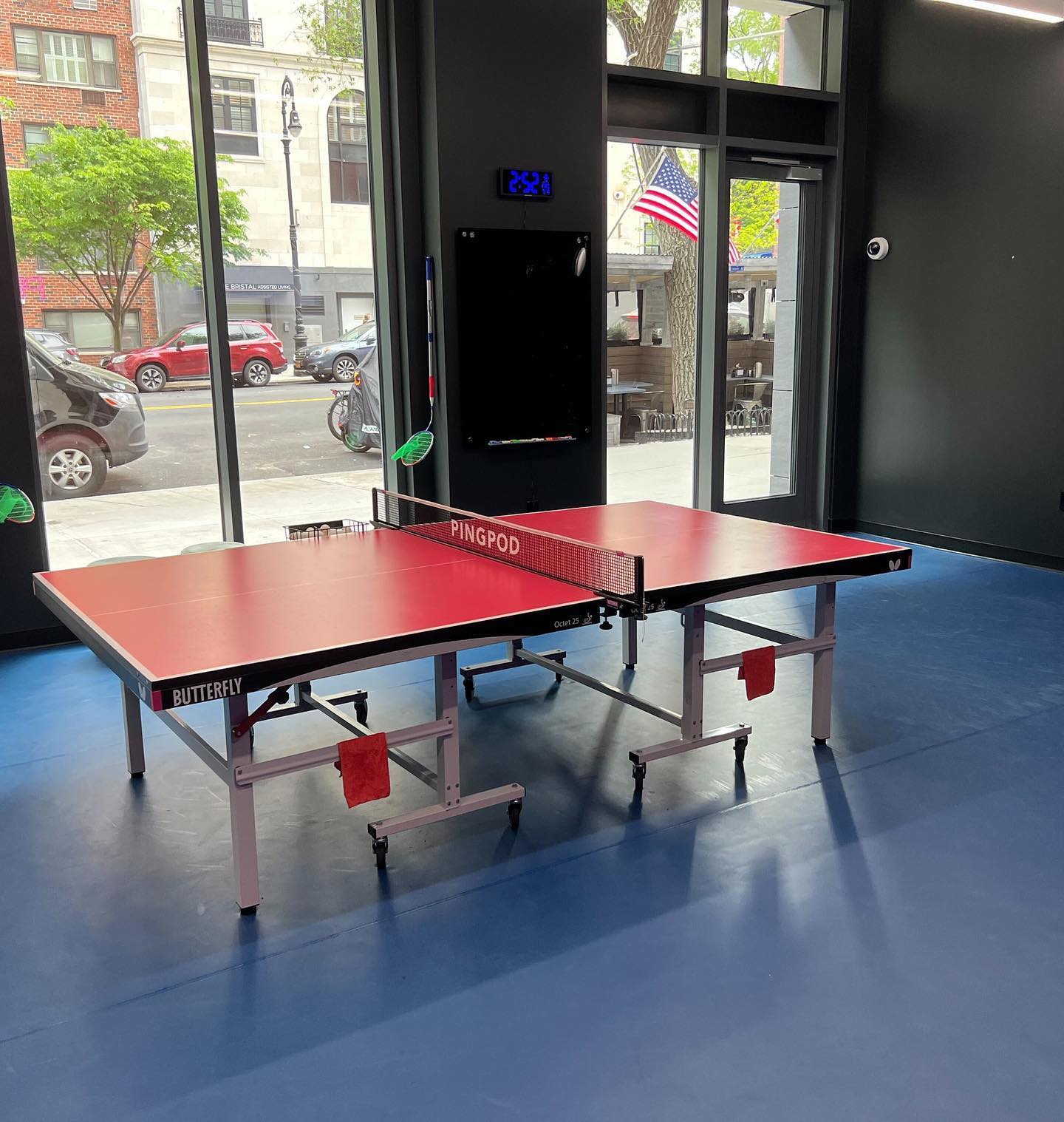 In addition to having tables that you can reserve, PingPod offers coaching and classes, kids birthday parties, and competitions for members.

The UES spot has positive reviews from its early patrons, scoring 5 out of 5 stars on Google.

The Upper East Side Frenchie Feud