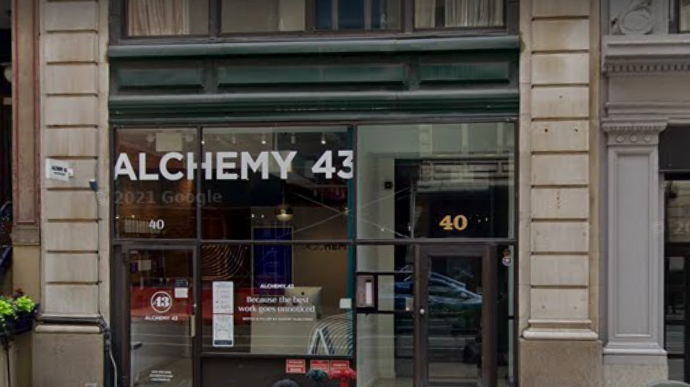 Alchemy 43, an “aesthetics brand specializing in cosmetic microtreatments,” has announced its expansion to the Upper East Side. The forthcoming location is at 1334 Third Ave (between 76th and 77th streets) and is expected to open in November.

This will be the beauty brand’s second NYC location; its first opened in 2019 at 40 East 21st Street, according to Crain’s.

Nicci Levy is the founder and CEO of the LA-based company, which according to a recent press release is “rapidly expanding.”

“ALCHEMY 43, which has treated over 10,000 clients with BOTOX®, has reimagined the cosmetic injectables experience, taking it from a tedious medical procedure to a luxurious, selfcare ritual,” the press release states. “Their unique experience, centered around your natural features, comfort, and convenience, is designed to get you back to doing you, whether you’re seeking BOTOX® and Filler, or are wanting to smooth and brighten your complexion with one of their Glow-To’s – or need to combat common stressors with a quick Wellness Shot.”

Reviews aren’t great, at least for Alchemy 43’s existing NYC location. It’s got a score of 3.3 stars on Google and 3.5 stars on Yelp.

Some former customers have complained about poor results and damage which they’ve had to spend a lot of money to fix.

“They oversell you and inject way more than you need,” wrote one recent reviewer.