The NYPD’s 19th Precinct reported on Monday, August 30 that the infamous “Can Tipper” has been hospitalized and is being evaluated – though they shared an almost identical tweet about the 48 year old man on Friday, August 6. The only distinction between the tweets appears to be that it’s now being handled as a multi-agency issue.

🚨UPDATE: The individual that has been tipping over garbage cans across the Upper East Side, has been hospitalized & is being evaluated by medical professionals.

We’re working with @NYCDHS, local elected officials, and other city agencies to ensure he gets the help he needs. https://t.co/Z8mOL7yPWb pic.twitter.com/CaaLZpiH7s

The Can Tipper, who we first wrote about earlier this month, has been tipping cans for years, and the New York Daily News reports that local business owners and elected officials estimate his damages have cost thousands of dollars. 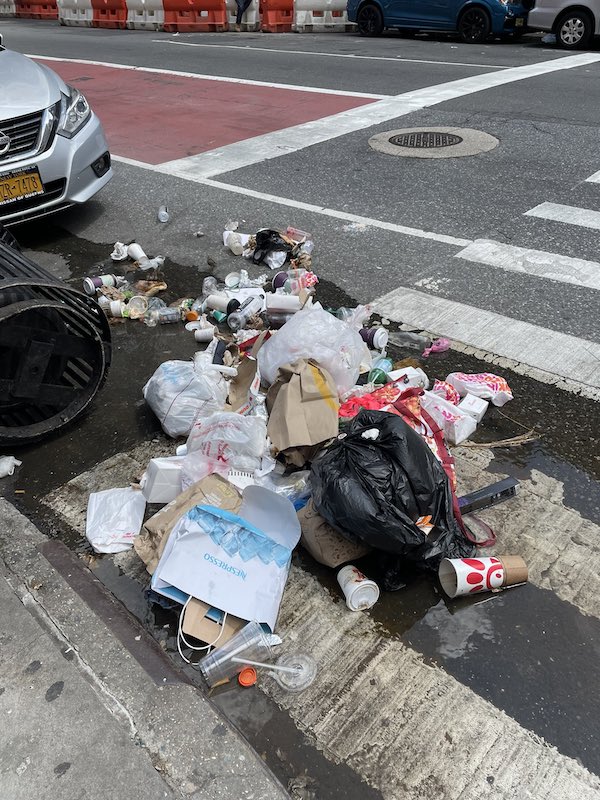 “The city can’t seem to find a solution,” the Daily News reports. “Cops from the 19th Precinct routinely take the man to a hospital for a psych evaluation — but he’s usually back to tipping cans within a few days.”

Councilman Ben Kallos told the publication that the Department of Homeless Services “would be sending an outreach team to try to persuade the man to accept additional services” and that the aim is to get him into the city’s Safe Haven program which provides help to those with mental illness.

We reached out to the NYPD’s press office for an update on Wednesday, but all they said is that “The male has been hospitalized and is being evaluated by medical professionals. Members of the community have been advised if they see the individual to let officers know.”