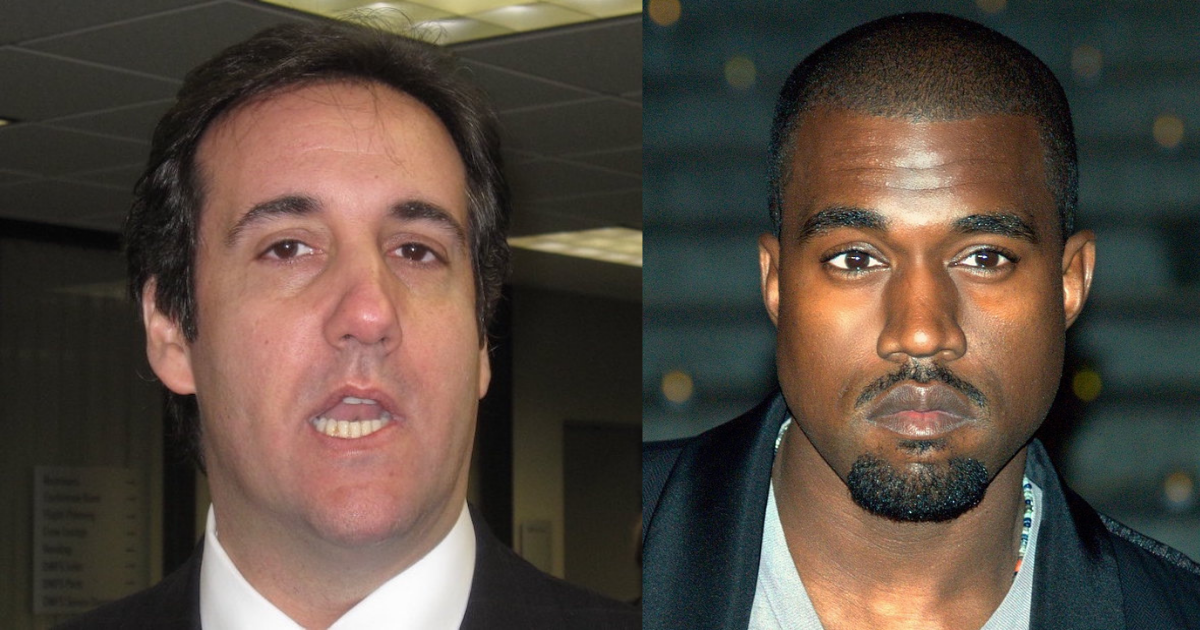 Kanye West and Michael Cohen were spotted enjoying a coffee at an outdoor table at the Upper East Side’s Sant Ambroeus on Thursday, Page Six reports, though it’s unclear which location they were at.

It’s also unclear why they were together, and what they were talking about. But Kanye announced that he was done with Donald Trump in 2020. And Cohen is obviously no longer on team Trump. So there’s at least one thing they have in common.

Kanye seems to be in town to support ex-wife Kim Kardashian, who came to host “Saturday Night Live.” Kim was recently seen exiting an Upper East Side hotel on her way to NBC Studios, and reports indicate that she’s feeling a bit of pressure, perhaps due to the judgement she’s been receiving about her lack of talent in this area.

Why Kim Kardashian? I mean, I know she is a cultural icon, but SNL has hosts, generally, who are performers who are there to promote a film, TV show, or album launch. Am I missing something? https://t.co/WYrobkv8Fi

Anyway, the last time the house-arrested Cohen was spotted at a restaurant (and it was made public) was in July 2020, when the New York Post revealed that he had been dining at Le Bilboquet at 20 East 60th Street.

In May, Cohen was spotted in Central Park getting flipped off by a Trump supporter. And when we say he was “spotted,” we mean he took a video of the aggressive encounter and shared it on Twitter.

Jeff Bezos Goes to the Zoo