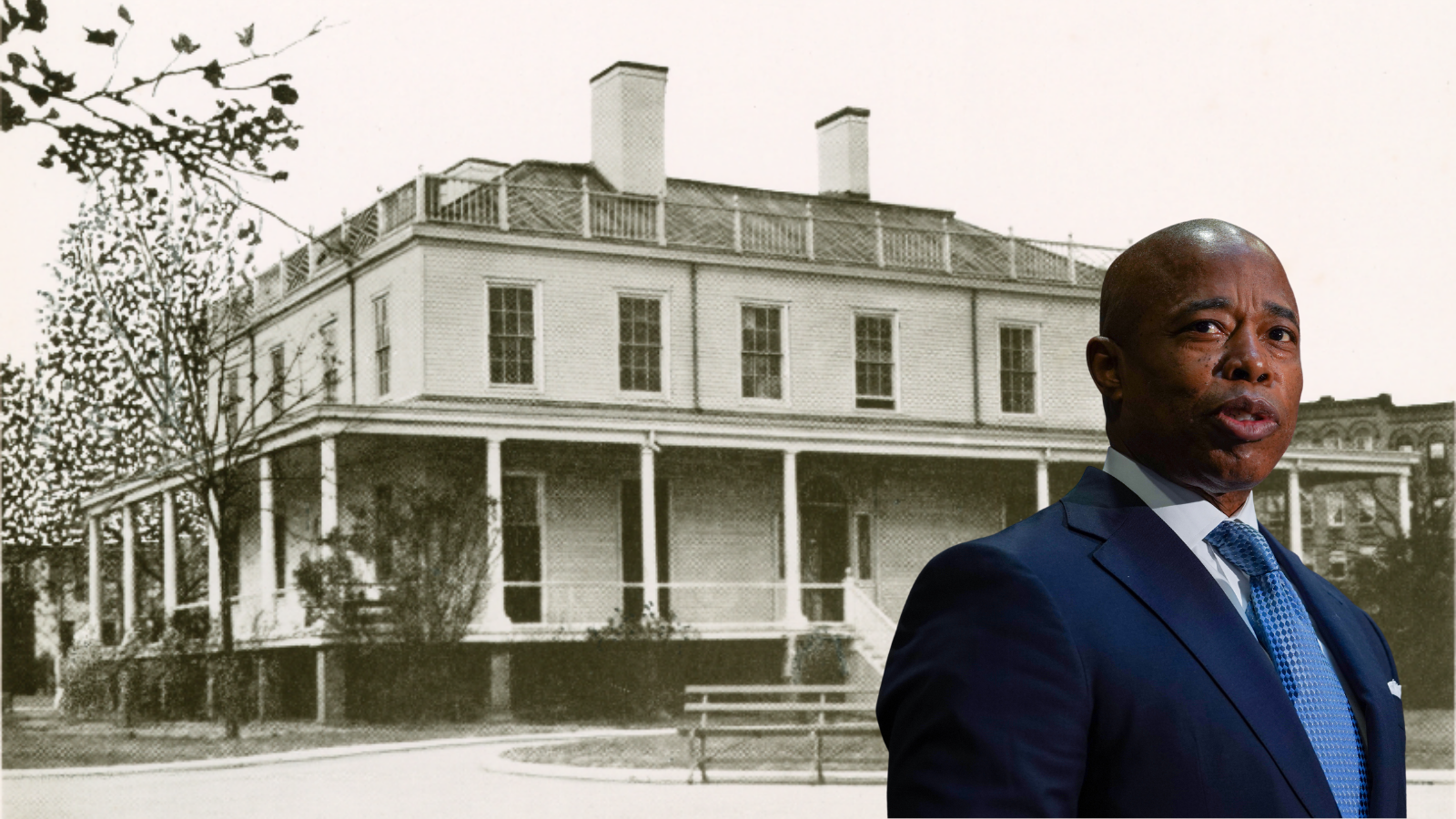 After throwing the first pitch before Tuesday night’s Yankees vs. Blue Jays game, Mayor Eric Adams was invited to the press box for an interview with announcer Michael Kay.

The conversation started with topics including the mayor’s successful pitch, his childhood dyslexia and his sense of fashion.

Then the mayor touched on issues like gun violence, COVID-19, the crack epidemic of the 1980s, and, fittingly, baseball.

Then things started getting weird.

“Now, I know the mayor of New York lives in Gracie Mansion. That doesn’t seem cool enough for you,” said Kay.

“No, it’s not,” replied Adam. “Trust me. Trust me. And I don’t care what anyone says, there are ghosts in there, man.”

Adams said he sees them “all the time, man.”

Anna Maria Santorelli — a former chef and event manager for past mayors Dinkins, Giuliani and Bloomberg — told the NY Post she’d “never heard of such idiocy.”

But Adams is not alone.

“Elizabeth Wolcott Gracie, daughter-in-law of shipping merchant Archibald Gracie, died of apoplexy there in 1819 and many claim her ghost still floats through from time to time,” according to a 2010 article by the Post.

In October 2017, the city’s former First Lady Chirlane McCray told Metro she’d “…never seen her, but there are times when doors open and close by themselves, and the floor boards creak as though someone is walking through the rooms.”

Here’s some more info about this and other UES ghost sightings.

And here’s the full transcript of the Mayor’s interview with Michael Kay.