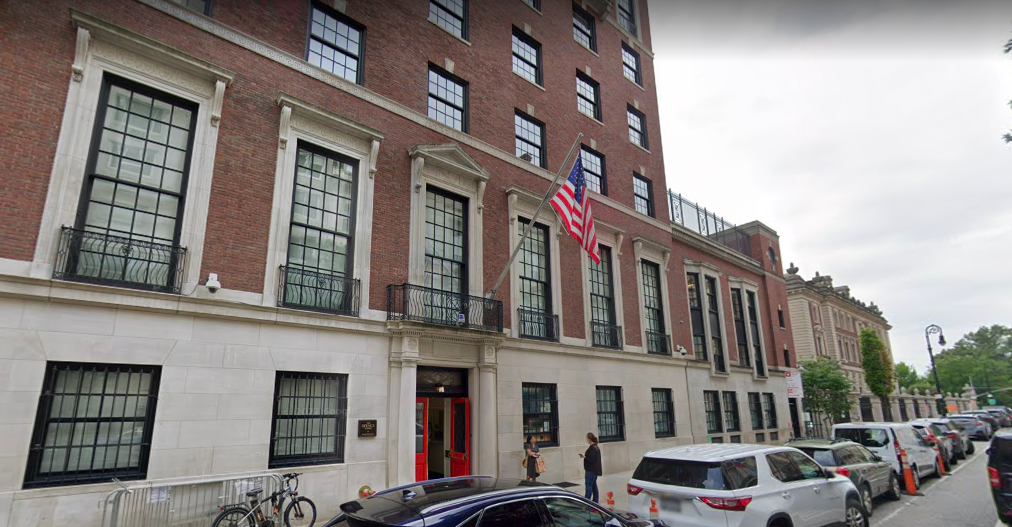 A 15-year-old student at the Spence School was made to stay home for a half-day of “reflection” in November 2018 after she suggested dressing up as enslaved people, indigenous people, and Hitler for Halloween. A subsequent lawsuit filed in June 2019 by the student’s parents Adam and Michelle Parker was dismissed in 2020.

But the parents’ hope to see justice for their daughter received new life this week when a state appeals court revived their suit for a single breach of contract claim, Bloomberg first reported.

The lawsuit contended that the elite private school “falsely accused [the student named D.P.] of publishing a racist and anti-Semitic post on Instagram” without ever viewing the post directly. The post in dispute was on D.P.’s private Instagram and made at home on October 29, 2018.

D.P. and two friends, “neither of whom were Spence students and both of whom are women of color,” debated Halloween costumes for the three friends. After listing several possible trios, including “proton, neutron, electron,” “subjunctive, infinitive, imperative,” “Adam, eve, and god,” and “moses, Jesus, and mohammed,” D.P. suggested “Slaves, indigenous people, white settlers.”

One of the friends labeled as “CZ” in the group text replied, “Bruh that got dark” and then “HAHA.” A few texts later, D.P. then suggested “Hilter, mussolini, Stalin.” The chat continued with several other ideas passed between the friends and D.P. posted the text exchange to her private Instagram account. (The messages are available here, pages 6-7).

The following day, D.P. was personally informed by two fellow Spence students that they were offended by her private post. D.P. took the post down and apologized.

The lawsuit claimed that two students allegedly “began to spread false information about D.P.’s Post throughout the Spence community” even though they “were not — and could not have been — offended by D.P.’s post” because they followed and often engaged with an “Instagram account called “ladymemers” — a public Instagram account created and run by eleven of their fellow Spence tenth-grade friends.”

D.P.’s attorneys contend that the @ladymemers account often posted racist and homophobic content, that none of the students complained about those posts, and that D.P. was reported “for reasons that had nothing to do with the content of D.P.’s post, and knowing that at Spence, a claim of victimhood from a student of color is a form of power.”

Spence administration confronted D.P. about her post, “told D.P. that the Post was racist and racially offensive, and that “as a white person” D.P. needed to be more careful and to be sensitive to black students’ history of oppression.” D.P. apologized to the offended students but was allegedly told to “racialize” her apology which she reportedly did.

D.P.’s attorneys do not dispute that D.P. wrote those texts or posted them to Instagram.  However, its contention is that the “plain language of the actual text and context of her Post established that” they were not racist and that she did nothing wrong.

The lawsuit was dismissed in its entirety on the two-year anniversary of D.P.’s post. The Court found that defamation claims amounted to “nonactionable opinion” and the tort count was dismissed for failure to state a claim. The other counts were dismissed in similar fashion.

The court did not distinguish between the intentional and negligent claims of emotional distress noting that the same elements to prove either apply for both. Specifically, the court did not find that Spence’s punishment of a half-day of at home reflection was so “outrageous in character and extreme in degree to go beyond all possible bounds of decency and be regarded as atrocious and utterly intolerable in a civilized community.”

The breach of contract claims were tossed because the plaintiffs did not “identify any specific, concrete rule or contractual term that Spence failed to follow when it determined that D.P. should serve a half-day of in-home reflection.”

A notice of appeal was filed less than a month later. The Appellate Division, in its May 5, 2022 decision and order, upheld the trial court’s rulings on all counts except the breach of contract claim.

“The breach of contract claim should be reinstated insofar as it alleges that defendant breached its enrollment contract by failing to follow the appropriate procedures before finding their child guilty of a Major Nonacademic Infraction. We find that an inference could reasonably be drawn that the child was found guilty of a Major Nonacademic Infraction and not a violation of a non-major rule.”

It does not appear that the matter has been calendared though, and according to Bloomberg, the attorneys for the Parkers are eager to pursue the breach of contract allegation. “We are pleased that the lawsuit will now be moving forward and look forward to discovery in the case.”

The Parker case is not the first time that the Spence School found itself in the crosshairs of the “wokeness” debate. In June 2021, some parents at the exclusive school were outraged when a history teacher showed a clip from Showtime’s Ziwe pilot episode deriding white woman. Head of School Bodie Brizendine apologized for the “satirical” show. At least one parent, a Cuban-American and Spence alumni, removed her child from the school.

As COVID Cases Rise, One Politician Suggests Bringing Restrictions Back