A story so strange it’s going to take another show to tell it.

It begins on June 2, 1930, with the birth of identical twins Stewart and Cyril Marcus (Geminis, of course), whom the 1988 psychological thriller Dead Ringers was based on. Going out similarly to the way they came in — together — the Marcus twins were found dead of apparent barbiturate withdrawal in an Upper East Side apartment (10H) at Sutton Terrace at 450 East 63rd Street. 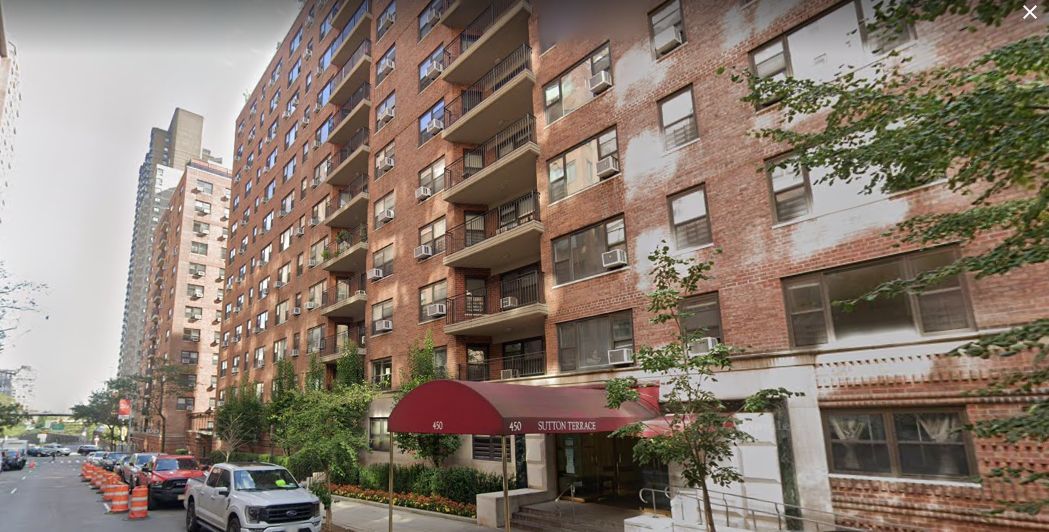 Between those book ends is a confusing cacophony of reports detailing bizarre and sometimes dangerous behavior by the brothers, who would wind up working alongside one another as gynecologists in charge of the infertility clinic at New York Hospital in 1967.

To get a better breadth for who these two were, Esquire did a thorough report putting together the pieces they could find for a story published in March 1976 penned by Ron Rosenbaum and Susan Edmiston. They described Stewart, the older brother by about two minutes, as the “natural leader, outgoing, effervescent,” while Cyril was “more withdrawn and quiet, unlike his brother a left-hander, but otherwise apparently content to serve as his brother’s right-hand man.”

In school, both ran for office at Bayonne High in New Jersey: Stewart for president, Cyril for treasurer. Both lost. They were both selected for the National Honor Society, but Stewart blazed ahead, winning the B’nai B’rith essay contest and valedictorian honors, while Cyril settled for salutatorian. Despite both kids being bright, it was Stewart who received the caption “bound to win” below a picture of him in the school yearbook.

They were smart and sharp dressers. “The Marcus brothers look shrewd in their corduroy jackets, Stewart in tan and Cyril in dark brown,” said a report on high school fashions in their school paper. According to Esquire, “In many of their yearbook photos Stewart wears a light double-breasted suit, Cyril a dark one. And in a group picture of six sets of twins accompanying a school-paper story entitled DOUBLE TROUBLE AT BAYONNE HIGH, Stewart wears white, Cyril black.”

In the opening scene of Dead Ringers, written and directed by David Cronenberg, we see Stewart and Cyril Stewart as children, well-dressed wearing virtually identical garb. They discuss sex, at one point comparing human coitus to that of fish before approaching a little girl sitting on her front porch to proposition her to have sex with them in their bathtub. “It’s an experiment,” said Stewart. The girl’s response? “Are you kidding? F–k off you freaks!”

Stewart and Cyril were almost always inseparable. It catches the eye of Dr. Guttmacher, chairman of gynecology at Mount Sinai Hospital, during their first year of residency. “Their careers since high school, Guttmacher could see from their résumés, were nearly identical. Same college (Syracuse). Same fraternity. Same academic honors. Same medical school (also Syracuse). Shared the same cadaver in first-year anatomy class. Same medical honoraries. Same internship program at Mt. Sinai. Same residency program in gynecology at Mt. Sinai. Twenty-six years together, and they were expecting to spend at least three more years together at Sinai,” wrote Rosenbaum and Edmiston.

Dr. Guttmacher wasn’t the only one who saw something amiss.

In The Professor and the Prostitute and Other True Tales of Murder and Madness, author Linda Wolfe quotes a student who remembers when the Marcus brothers began their medical residencies. “They were schizoid … When they talked to you — and most of the time they didn’t talk to anyone, just to one another — you got the distinct impression that their responses were artificial, that they didn’t really have emotions that other people did, but were aping others’ emotions, trying to imitate them.”

Guttmacher, who had experience in researching twin behavior, did not want the twins together anymore. “He absolutely refused to recommend them to the same hospital. He absolutely insisted that they apply to separate programs,” recalled Dr. Joseph Rovinsky, former chief resident in gynecology at Mount Sinai.

Stewart ended up attending a program at Stanford University, while Cyril transferred to New York’s Joint Diseases Hospital. While separated, Cyril got married and later fathered a child, but there was no keeping these two apart. “Cyril had arranged it so that he and Stewart would be back together again: he had found a sympathetic patron in the head of the department of obstetrics and gynecology at New York Hospital, someone who had none of Dr. Guttmacher’s reservations about twin togetherness and who agreed to bring Stewart back to Cyril’s side again,” writes Esquire. “This reunion signaled the beginning of another kind of marriage for the twins. They seem to have consented to wed their individual career ambitions into a single two-headed unit.”

In this relationship, it was known that Stewart did the more glamourous part of the practice. This meant doing the laboratory research and delivering speeches at academic medical conferences all over the globe, while Cyril did the more drudgery clinical duties and received far less credit and praise despite building a lucrative private practice for them.

Some parallels about the twin doctors make their way over to Dead Ringers starring Jeremy Irons as both (yes, both) twins, Beverly and Elliot. The film is a fictionalized adaptation of the 1977 book Twins by Bari Wood and Jack Geasland. It spent 12 weeks on the New York Times Best Seller list.

“Listen. Doctor. I think there’s something wrong with you. I don’t know what it is, I can’t put a label on it, but you’re subtly — I don’t know — schizophrenic? Or something. Sometimes I like you very much and sometimes you’re an amusing lay, not much more. And I can’t figure out why,” says Claire Niveau, a smart-as-a-whip sexy actress played by Geneviève Bujold to Beverly (Stewart) in a key scene of the movie. Before being seduced by Beverly, Claire visits the twins’ clinic for help with her infertility. Now it’s Beverly falling in love with Claire and he doesn’t want to share her with his brother Elliot, something that is unheard of between them in the film. But it still happens.

“Dead Ringers contains a marvelous scene in which Claire, having learned very late in the game that she’s been seeing two Mantles instead of one, demands a showdown with both brothers. When Claire becomes angry, Elliot insults her and laughs; meanwhile Beverly is so mortified he can barely speak. This scene, played brilliantly and completely convincingly by Mr. Irons, shows just how involving the Mantle brothers can be,” wrote Janet Maslin in a New York Times review. The sizzling scenario also contains one of the greatest water-tossing moments in showbiz history.

This fictional portrayal of the twins sharing partners has a real connection, also uncovered by Linda Wolfe. A former patient recalls of Stewart and Cyril during a visit, “Having them in attendance was horrible. One checked with his fingers to see how far I was dilated. Then he called his brother, and had him check too. Then they did it again. It was painful enough to have one person checking the dilation, excruciating to have two people doing it. It was also, I should add, totally unnecessary. But they did it anyway. It was as if one couldn’t bear to do something without the other sharing what he was doing with his brother.”

Don’t forget: There was a time when the brothers were considered geniuses, even pioneers in helping women conceive. They received heaps of praise, as some women would make pilgrimages to their office at the Gynecological Infertility Clinic they presided over at New York Hospital. Esquire found multiple women who described their experiences of finally conceiving. “They were like gods,” said one woman who had gone to several gynecologists and spent years of hopelessness before treatment by the Marcus brothers helped her conceive and give birth to her first child. “They were miracle workers,” said another woman. “It was like magic,” said a third.

Following Cyril’s divorce in 1969, things start taking a turn. Those who knew him described him as “shattered, painfully depressed.” Esquire reports, “In April 1970, he moved out of their East End Avenue home and into apartment 10H at 1163 York Avenue, alone for the first time since Dr. Guttmacher separated him from Stewart.” Then, its rumored Cyril collapsed in his apartment from an apparent stroke in 1972.

A friend of Cyril’s told Esquire, “It was all down down down after that … The more Cyril deteriorated, the more Stewart involved himself in trying to bail him out and maintain a good front. Maybe Stewart was hoping that by not letting down the front, things would work out. He would always reassure me, Cyril’s fine, he’s fine. Maybe it was wishful thinking, like trying to save a drowning man who pulls his rescuer down with him.”

Come 1974, Cyril took another fall outside an operating room in New York Hospital. It appeared to some, by the way he staggered, that he was under the influence of drugs. Under close surveillance by the hospital, they fell back into their private practice to avoid scrutiny from their peers. In the spring of 1975, a nurse confided to a patient what it was like working for them, telling Esquire they “tried to straighten up and get better, but it didn’t last long.” They were taking amphetamines in the office, she said; they would become irrationally angry and blow up at some patients.

Wolfe was also one of Stewart’s patients. She recalls that during a visit, he began to “shout and scream” at her before she left with her husband in a haste. Her story, “The Strange Death of the Twin Gynecologists: A Patient’s Notes,” made the cover of New York Magazine in September 1975.

Which leads us to this moment in July 19, 1975: A building handyman responded to a foul odor coming from apartment 10H. A New York Times report two days later details, “The mysterious deaths of the Marcus brothers, gynecologists and identical twins whose bodies were found in their York Avenue apartment on Thursday, may have been the result of suicidal despondency after each had suffered an emotional breakdown, a doctor close to them said yesterday.”

In a 2021 story, John Allore writes, “The handyman told police the place was disheveled, with large amounts of cash scattered throughout the apartment (this later turned out to amount to approximately 22 dollars) though there were no signs of a struggle. One of the armchairs was covered in human excrement.” It’s reported that the medical examiner conducted more than 30 chemical tests on the twin’s bodies but could not determine the cause of death. “Despite reports that their apartment was littered with rubbish including liquor and prescription drug bottles (by one report over 100 drug bottles), there were no traces of alcohol, barbiturates, narcotics or depressants in their systems.”

One thing is for sure: Amazon has their work cut out for them with their Dead Ringers TV remake. Good news is they have Academy Award winner Rachel Weisz coming to the rescue. In a shocking twist, of course, “the British actress will play the Mantle twins, successful and brilliant OBGYN’s on a mission to change the way women birth, starting with New York City,” reports the New York Daily News.

The show does not have an official release date, but the cast and crew have been spotted filming on the Upper West Side.