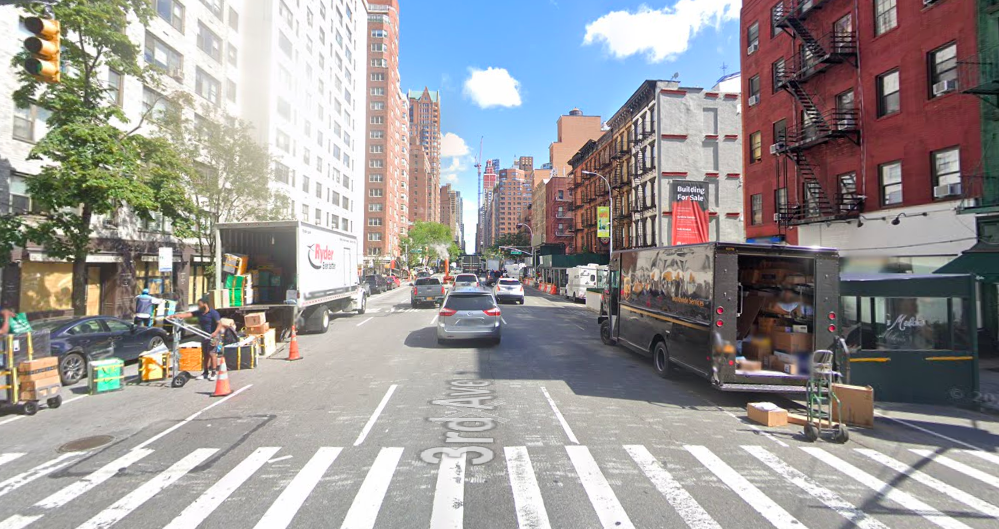 Community Board 8’s Transportation Committee kicked off 2022 by tackling traffic congestion and similar problematic parking behaviors at its meeting on January 5. Representatives from the New York City Department of Transportation (DOT) presented two proposals to the Committee: an expansion of commercial parking regulations on Third Avenue and neighborhood loading zones.

Board members and non-members agreed that feedback from local businesses along the route is critical in assessing if the proposed measures are genuinely helping to alleviate the concerns they purport to address. The DOT indicated that it intends to reach out to business owners through a merchant survey and would report back to the committee in a year.

The DOT easily made its case. All but one board member voted to approve the DOT’s proposal citing both the flexibility to change the regulations if they are not working and the safety issues the current congestion causes, specifically the deaths of two men killed by a box truck at East 61st Street and Third Avenue on Christmas Eve. A map detailing the approved commercial expansion, including the breakdown of metered parking, is available here.

Similar safety concerns carried over to the DOT’s proposal for neighborhood loading zones in 37 different locations between East 70th and East 94th streets. The goal of this proposal is to reduce illegal and dangerous parking patterns on narrow residential streets by creating loading zones for “short term loading activities such as package deliveries by commercial vehicles, active loading and unloading of personal vehicles, and taxi and car service pick-up and drop-off.”

Colleen Chattergoon presented for the DOT and spoke of the implementation of similar loading zones in both Chelsea and on the Upper West Side. She confirmed that new signage would reflect the exact hours of the program (likely 8am to 6pm, Monday through Friday). The dedicated curb space would be 25 to 40 feet long and would accommodate smaller trucks like those from UPS or FedEx, but not the larger Fresh Direct or PeaPod vehicles.

Those in attendance expressed reservations about whether the proposed locations would suit the needs of the community. Chattergoon acknowledged that the DOT is open to suggestions to change or expand the existing concept, and that an updated assessment of the program could be provided to the committee in one year.

The board’s motion to support the proposed 37 locations passed with all members in favor except for two abstentions. The full detail of the loading zones is available here.

As COVID Cases Rise, One Politician Suggests Bringing Restrictions Back