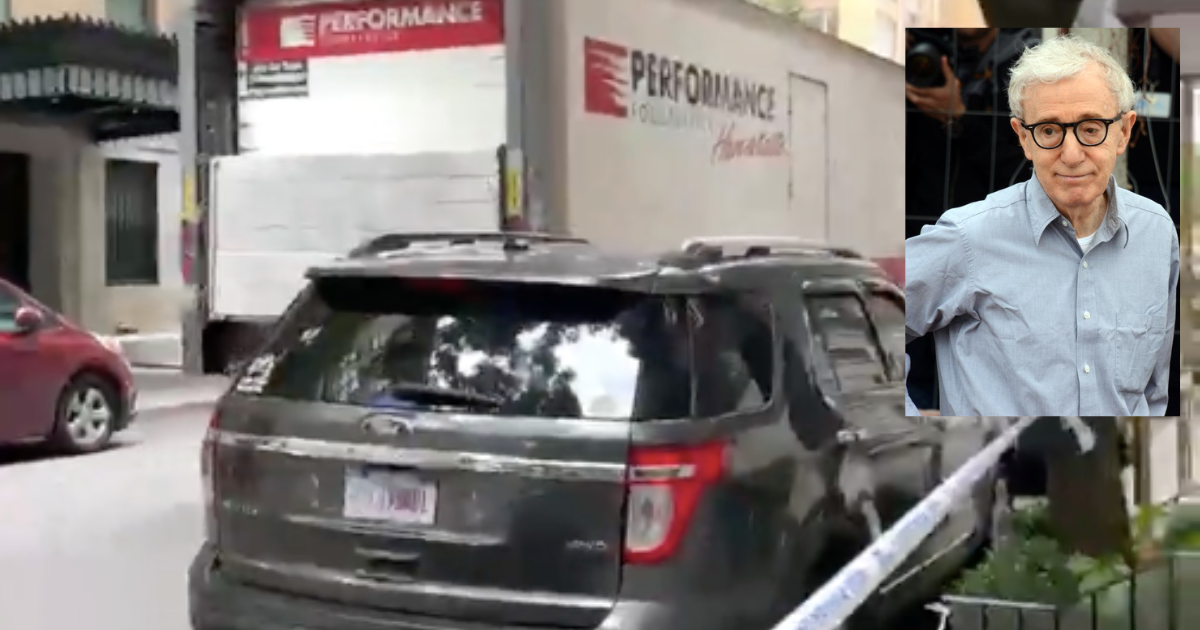 A screenshot from a video after the fatal incident, c/o Citizen. Inset: Woody Allen at the 2016 Cannes Film Festival by Georges Biard via Wikimedia Commons.

On Tuesday, July 25 at around 10:50 a.m., Upper East Side resident Carling Mott was hit and killed by a tractor trailer on East 85th Street between Park and Madison avenues while riding a Citi Bike. Both Mott and the driver were traveling west on East 85th Street; Mott reportedly fell off her bike when the light turned green and the truck driver was unable to stop in time.

Her tragic death has highlighted the problems that arise when commuters, bicyclists, and large vehicles all travel the same congested streets, and reminded many of the years of fighting over making more room for cyclists by adding dedicated bike lanes to UES streets.

In a city where the loudest voices win, film director Woody Allen has been lambasted for being one of the loudest opponents to bike lanes. He spoke to Gothamist on May 4, 2016, following a UES residents meeting held at Holy Trinity Episcopal Church on East 88th Street. Allen said that the DOT’s proposal–which was part of the 2015 Pedestrian Safety Action Plan–was “unacceptable” because “none of the streets can accommodate a bike lane in a graceful way.”

A glance at some of the comments from that meeting — as reported by Our Town — gives a broad spectrum of the arguments for and against installing bike lanes on, frankly, very narrow streets. Many seniors and parents of younger children expressed concerns over safety issues from errant bicyclists, while some cyclists wanted to eliminate car traffic on some streets altogether.

Following that May 4, 2016 meeting, Community Board 8 voted 25-19 against painting new bike lanes, despite an earlier recommendation from its transportation committee.

“Despite decades of advocacy, New York City has failed to build adequate crosstown protected bike lanes in this neighborhood,” said Danny Harris, executive director of the non-profit group Transportation Alternatives. “The absence of safe biking infrastructure on the Upper East Side is deadly.”