A battle is brewing on Second Avenue. A developer’s plan to build a 22-story apartment building is being stalled by a “local real estate dynasty” with no ownership stake in the properties to be demolished, Patch reports.

According to Patch, developer Lalezarian Properties owns three buildings at 1594-1598 Second Avenue at 83rd Street and plans to tear down three century-old buildings to build its residential tower. However, it isn’t the old buildings that stand in the way. Real estate company Lemle & Sons owns 1592 Second Avenue, the building next door to Lalezarian’s properties, and is allegedly refusing to grant the developer access to install the legally mandated protective coverings. 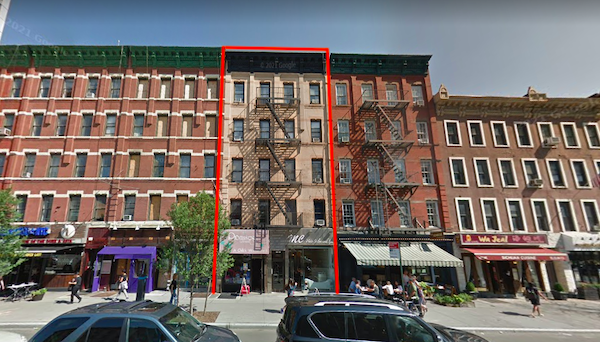 On September 27, 2021, Lalezarian filed a lawsuit to compel Lemle to make its property available for the installation of the coverings. Lalezarian’s petition reports that “the Demolition Phase is anticipated to take approximately 10-12 weeks and the Construction Phase is anticipated to take approximately 36 months from the date on which this Court awards Petitioner a license to access the Adjacent Premises.”

In order to keep Lemle’s property protected, the developer informed the court that it needs to conduct a pre-construction survey of No. 1592 and intends to install mesh to protect the windows, tie-backs to maintain the structural integrity, weatherproofing, and overhead, roof, and chimney protections. However, Lalezarian alleged that it “has made numerous attempts to secure Respondent’s consent to enter the [1592 Second Avenue] to no avail.”

According to Lalezarian’s petition, attempts have been made to come to an agreement with Lemle for six months. When the two sides communicated in September through their respective attorneys, the developer alleged that Lemle made request after request for more irrelevant information, including the site safety plan and “structural, foundation, architectural and zoning drawings.”

Lalezarian maintains that it sent the requested information to opposing counsel, but that it has not received any substantive comments. Instead, the developer alleges that Lemle has engaged in a “pattern of avoidance and obstructionist responses to obtain irrelevant documents” and is de facto refusing access to its property.

The return date on Lalezarian’s motion is unknown at this time.