While Extell Development owns nearly an entire block on First Avenue – between 85th and 86th Streets – there’s one building keeping them from full street domination, The Real Deal reports.

Since 2014, Extell has spent over $80 million on lots and air rights to develop an unmissable superstructure, recently filing permits to demolish three of the last low-rise buildings set to be cleared out.

But one building – 1645 First Avenue, which is right in the middle of the street – is owned by landlords Stuart and Jay Podolsky, who do not appear eager to give up their property. 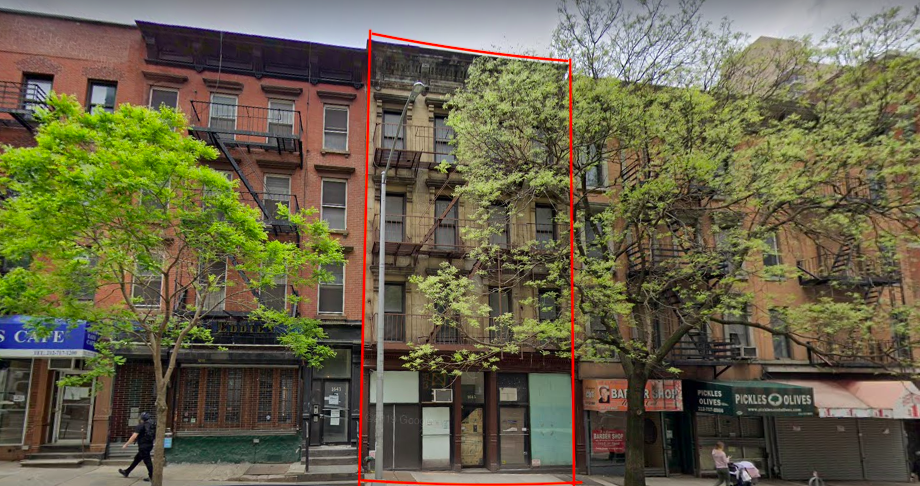 Gary Barnett, Extell Development’s president and founder, told The Real Deal that he’s offered the Podolsky brothers “at least five times what it’s worth,” referring to the four-story, six-thousand square foot building which once served as a homeless shelter and today appears vacant.

Barnett told The Real Deal that the Podolsky’s unwillingness to entertain an offer “will not slow down his project, though he wouldn’t elaborate on his plans.”

Eldad Gothelf, director of zoning services at Envelope City, told the real estate publication that if the Podolsky’s don’t agree to sell, “the developer would ‘almost certainly have to develop this in two separate buildings’.”

The Podolsky brothers got in some legal trouble in the 1980s for hiring people to forcibly evict tenants from their buildings. They were also investigated for tax fraud in 2019.