Upper East Siders were joined by elected officials this past weekend to rally against several things most people would happily oppose: rats, weeds, and an alleged absentee landlord who allows both to run wild.

In 2007, the owner of the structures, Robert Chou, sought to evict five rent stabilized tenants from several of his adjacent properties. Local residents opposed the proposal because of the environmental impact to the surrounding neighborhood and because of Chou’s criminal record and construction violations. (Chou has been convicted of bribery and perjury, The New York Sun reported in 2007).

In 2013, Chou tore the buildings down and planned to build a 12-story condominium. But neither Chou nor his plan were without controversy. 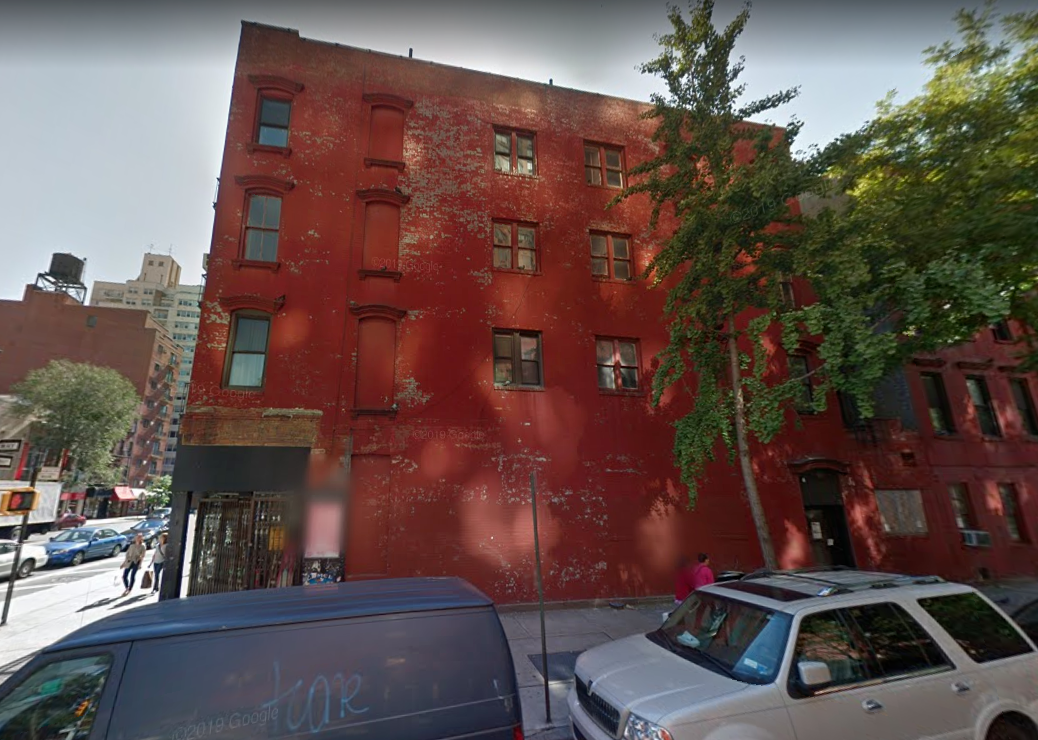 Fast forward nearly 15 years. Sentiment against Chou remains unchanged as does the site of the buildings he demolished. The lots have been vacant for nearly a decade, and 20-foot-tall weeds have grown instead of a mid-rise condo. 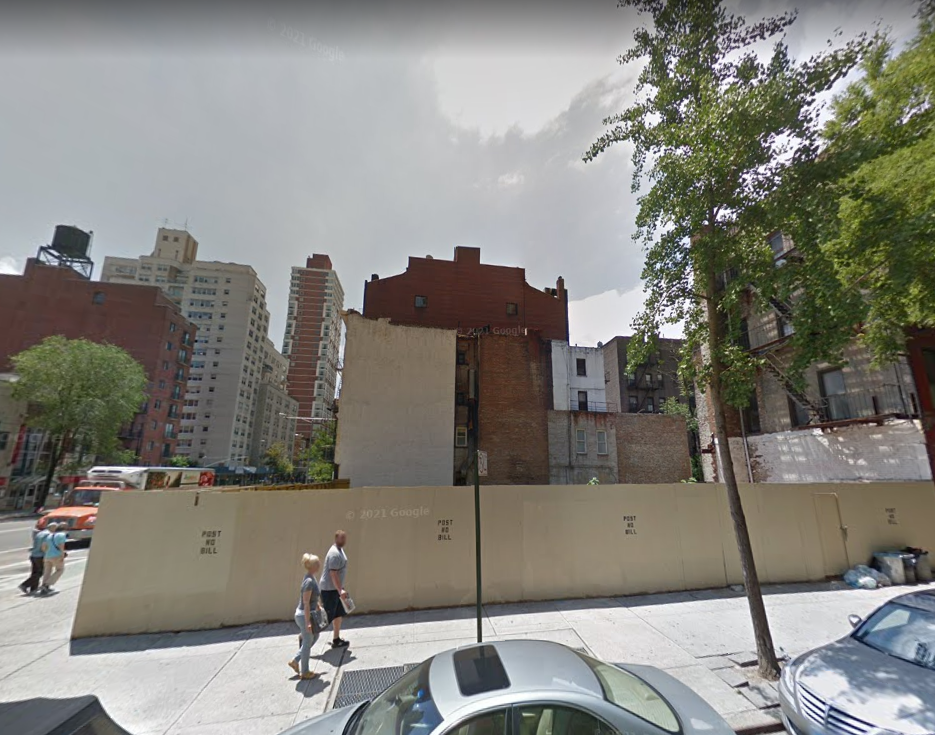 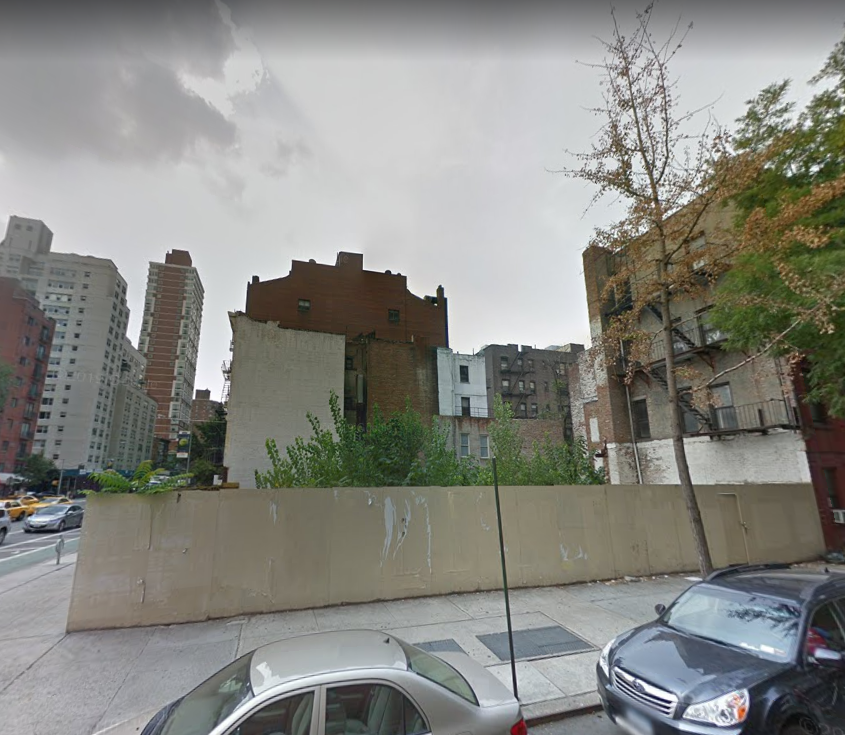 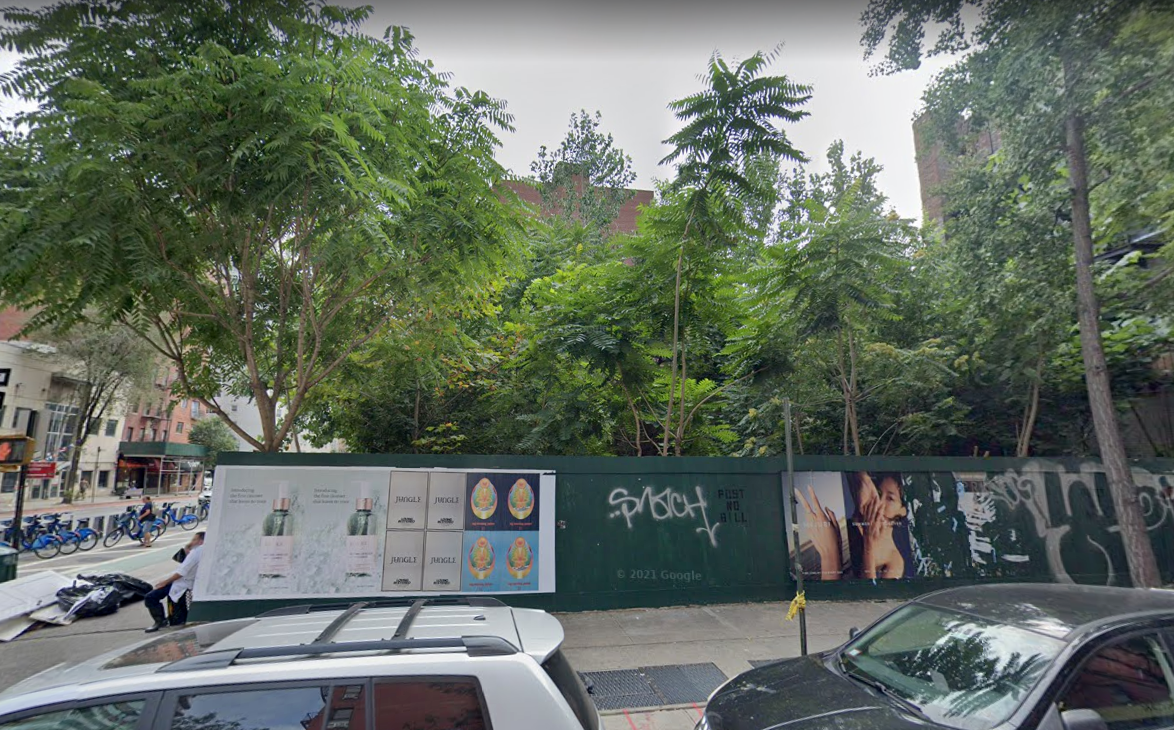 Rats have taken up residence. Between the two lots at 1491 and 1493 First Avenue, a total of 47 inspections for rat activity have occurred since 2015, according to the City’s Rat Information Portal. The last inspection at No. 1491 was October 27, 2021, and no treatment action was taken. However, right next door at No. 1493, 33 inspections have occurred in the last six years, and bait was applied as recently as November 19, 2021.

A lawsuit was filed against the LLC (formerly named Chou’s Three D LLC) in January 2020. The complaint alleges that plaintiff Debra Schneider “was rendered sick, sore, lame and disabled, was caused to suffer great pain, was and is internally and externally injured, will continue to endure great pain and suffering, and has sustained and will continue to sustain special damages” due to Chou’s alleged failure to properly maintain the sidewalk at the southwest corner of 78th and First Avenue. Chou denied the allegations soon thereafter, and the parties stipulated to discontinue the matter in August 2021.

Yet six violations for the property are currently open for No. 1491, according to the Department of Buildings. Thirteen are open for No. 1493. And the problems don’t end there.

READ MORE: A Major Redevelopment in the East 90s

The New York Post reported that “the Department of Buildings lists open violations for façade and window issues,” although no building has stood on the Upper East Side corner in roughly a decade. “The elusive landlord is listed in Department of Finance records as C3D E78 LLC, with the same Midtown address of 408 Eighth Avenue as for previously listed owner Katherine Chou. Part of the deed document locates the office in “Flushing, NY,” although no such address exists.”

A number of Upper East Siders have had enough. They want the property owners held responsible, the rats gone, and the mini jungle transformed into a communal garden. And some are taking matters into their own hands.

Though the rally obviously could not produce immediate change, it did produce a plan of action.

Representative Maloney plans to find out who is behind C3D E78 LLC. “One way to do so is with the Corporate Transparency Act, which she helped to pass in Congress earlier this year,” according to TAPinto.net. “The new legislation requires that LLCs disclose who the ‘real, natural person’ is of the entity at the point of formation. But [Maloney] hopes, rather, that the owners of the LLC will cooperate on their own.”

Freeland intends to introduce a resolution with the Parks and Waterfront Committee when it meets on December 9.

A second event organized by Upper East Side Green Space Now is scheduled for this Saturday, December 11. Those looking to attend should meet at the south side of 82nd Street next to Miss Madeline between 9AM and 11AM.