Home
Real Estate
Half of UES Block to be Demolished: Report

​​Another century-old building is set to meet the wrecking ball.

1357-1363 Second Avenue, which currently occupies half a block on the west side of the avenue between East 71st and East 72nd streets, is reportedly poised for demolition, according to Patch. But once the final brick is cleared out, what can Upper East Siders expect? It’s unclear. 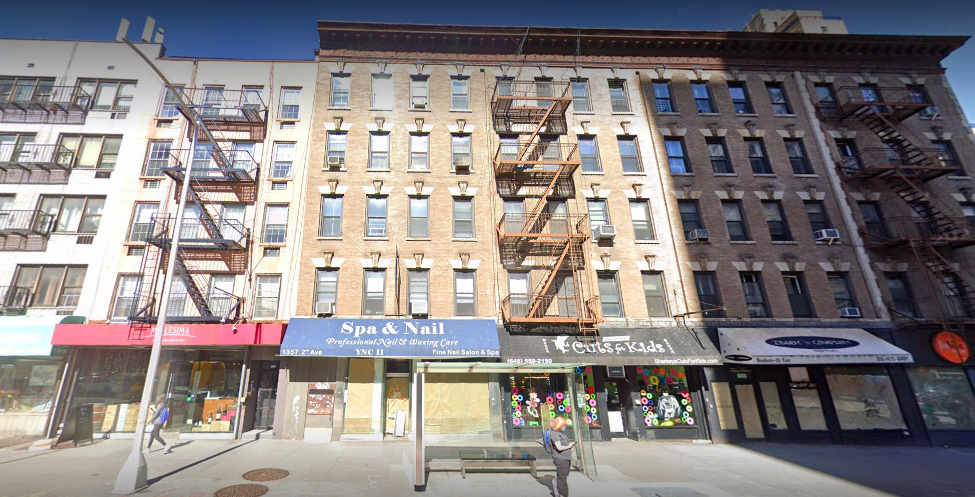 Patch reported that a high-rise project is likely, but no plans have been filed yet. SL Green sold the building for $47.2 million in 2018 to Chetrit Group, the real estate development firm which will oversee the tear down. Until recently, the five-story building contained 28 apartments and a number of commercial establishments at street level.

In April 2020, Chetrit Group dismantled 252 East 72nd Street. This address was once home to “the rocky Romanesque-style building that held the Church of St. John the Martyr,” writes CityRealty, and abuts the developer’s Second Avenue site. Plans for the former 133-year-old chapel are not yet defined either, though CityRealty believes the COVID-19 pandemic may have stalled any construction at the time.

The demolition of the area’s older buildings has drawn heightened scrutiny from locals recently. Hoping to stall any further erosion of the neighborhood’s character, Community Board 8 met on March 22 to discuss its two rezoning proposals.

One proposal, still in the planning phase, aims to rezone portions of six city blocks — from along Third, Second, First, and York Avenues from East 90th to East 95th Street — from commercial or manufacturing to residential. The second is ready for pre-application submittal to the City’s Department of City Planning and seeks to restrict building height to 210 feet along the avenues east of Lexington Ave from East 59th Street to East 96th Street.

Board and community members in attendance at the meeting feared that inaction and bureaucratic red tape would allow “out-of-control developers” to further encroach upon the neighborhood’s makeup and skyline. With construction slated to move forward at the adjacent Chetrit Group sites near East 72nd Street, it does not look like the latter proposal will impact the developer’s plans, because that rezoning process is expected to take at least one to two years.

The exact date of demolition is not known. But the New York Post reports that the commercial establishments – Sharkey’s Cuts for Kids, Z’baby, InVite Health and Kolb Art Gallery – have all closed up shop already.