The battle over the New York Blood Center (NYBC) life science tower continues. However, it appears certain that the controversial center will soon rise at 310 East 67th Street. Despite opposition from the Upper East Side’s elected representative, the City Council announced that it “enthusiastically” supported the construction of the “world class research space.” 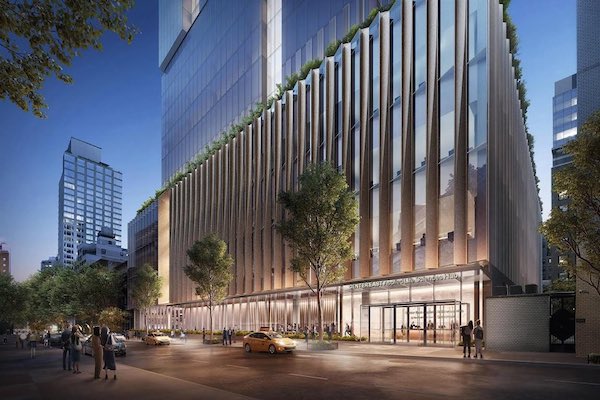 Resistance to the NYBC’s proposed construction has been steady. A “Stop the Blood Center Tower” rally was held in May. Local leaders Congresswoman Carolyn B. Maloney, State Senator Liz Krueger, and Council Member Ben Kallos have all spoken out against the project.

Kallos is the neighborhood’s Council representative. He was the sole vote against the revised deal which now shortens the high rise by approximately 100 feet (from 334 to 218 feet). His continued objection is based on the “shadows that would be cast on East 67th Street by the 16-story Blood Center building originally planned.” The Blood Center is located directly across the street from the Julia Richman Education Complex and St. Catherine’s Park is just a few hundred feet down the block. Both the complex and the park will receive additional funding as part of the agreement.

The Council Member vows to continue to fight the potential shadows. “Kallos told THE CITY Wednesday that he still believed he could secure enough “no” votes for the project — and his fight wasn’t over yet. He still considers the proposed building too big,” according to Patch.

It appears that Kallos’ efforts to stop the tower will be in vain. The Real Deal reports that Kallos has a few factors working against him. He is “not especially popular among his colleagues” and has only seven weeks left in office. The Council also “traditionally votes with the local member on land use decisions, and had done so every time throughout Corey Johnson’s eight years as speaker.” Yesterday’s rare break from tradition has not occurred since 2009.

Council Members who supported the agreement believe the project will “help cement New York City as a hub of biomedical research,” according to the Council’s press release. The proposal is expected to be approved by a vote of the full Council on November 23.