Earlier this month, we reported a major expansion coming to East 71st Street for the Hospital for Special Surgery (HSS), which has a slew of spaces between East 70th and 75th Streets. Now, the Upper East Side footprint grows some more for HSS, with the announcement of a lease secured at an upcoming Extell Development project at 403 East 79th Street. 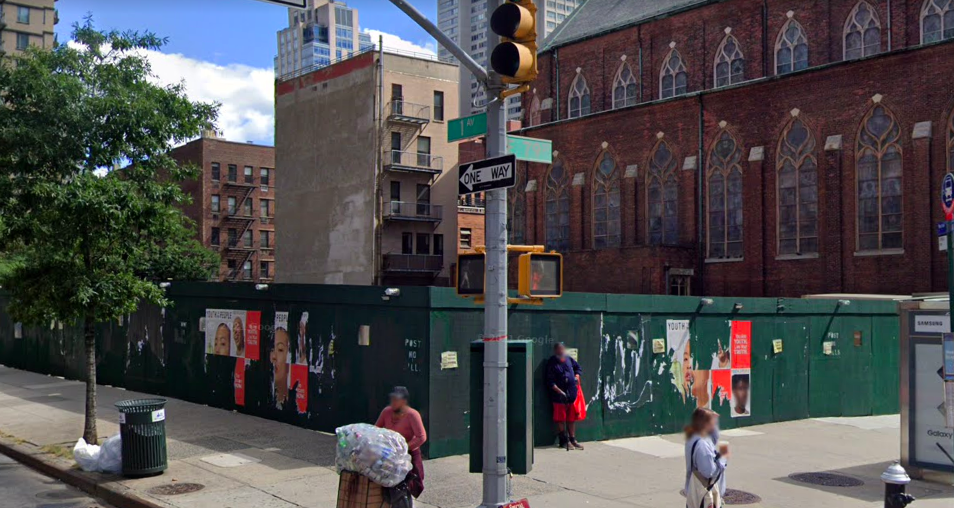 HSS signed a 32-year lease for 200,000 square feet within the building’s bottom eight floors, according to Mitti Libersohn of Avison Young, The New York Post first reported. In total, the entire project, including land accumulation, will cost $500 million, according to Extell Development chairman and founder Gary Barnett.

The tower will cover an entire block, located on the east side of First Avenue from 79th to 80th streets. The plan now is to lease the remaining floors to other medicals tenants, “according to the developer”, wrote Commercial Observer.

The empty block has been the subject of criticism since the demolition of its former buildings began in 2019. During a May 2019 Community Board 8 meeting, Patch wrote that “Barnett was mum about how his company would redevelop the block, but suggested the project would include a school and some apartments.” It appears the developers discussed the possibility of a school and some apartments coming to the space, but would never definitively confirm this.

“I am telling you once again, and people know me not to be a liar, that we do not have plans yet contrary to what you think,” Barnett was quoted saying in the May 2019 Community Board 8 meeting. Those sentiments also aligned with a March 2018 interview in which Barnett told The Real Deal that he planned to develop a mixed-use building that may include a school.

It took over a decade with 10 separate acquisitions for Extell to cobble together the block front construction site at East 79th Street. The final piece was a $35.8 million-dollar deal in 2018 to acquire the air rights above St. Monica’s Roman Catholic Church at 413 East 79th Street.

Specific terms of the deal were not disclosed. Extell has also been demolishing several buildings nearby on First Avenue between East 85th and 86th streets in hopes of a new development there. However, a lone tenant has refused to sell to Extell, currently holding the project in limbo.