Home
Shopping
Artbag is Closing its Upper East Side Store 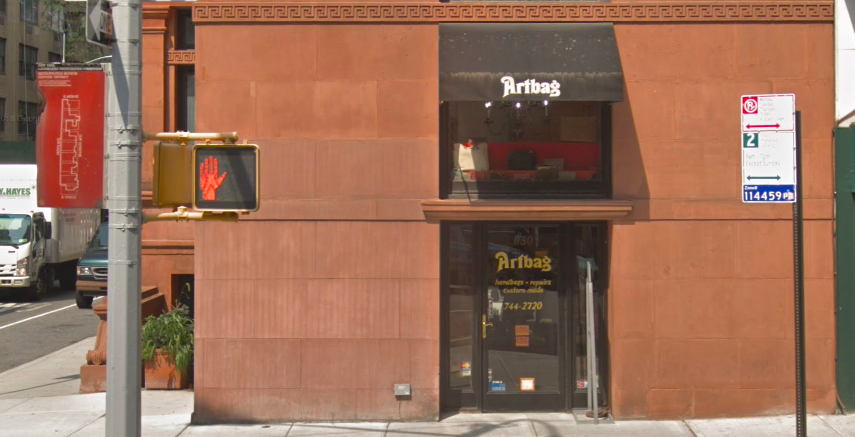 If you happen to be in the market for a designer bag, you might consider a Hermès Birken. It’s a modest purse made from crocodile leather which costs $265,000. One day you’ll want it touched up, because even quarter million-dollar bags age, and that is where Artbag has found its niche. Throughout the past century, this family-owned business has established itself as the premiere destination to maintain, clean, and repair the world’s finest luxury bags. It is reportedly the only Black-owned business on Madison Avenue between 59th and 86th streets. And the moment June becomes July, it will be gone.

Artbag was established in 1932 by Hillel Tenenbaum, a professor at FIT, with his son-in-law who was an accomplished metalsmith. In 1959, a young Donald Moore landed a job there, sweeping floors and dusting bags. “When you come to a place at 18 years old,” Moore told The NY Times, “you pick up everything.” In less than 20 years, Donald Moore purchased a small stake in the company. He became Artbag’s sole owner 17 years later, quickly hiring his son Chris, who had just graduated from college. By 1999, Chris took over the business and continues to run the shop today.

The store changed locations three times but never strayed far from the hypnotic allure of Upper East Side luxury. Founded at 55th and Lexington Ave, it eventually moved to 64th and Madison before journeying 20 blocks north and settling into its current home; a tastefully dressed brownstone on the corner of 84th and Madison Avenue.

Praised as a “fashion landmark in New York” by Access Hollywood, the once-kept secret was frequented by Elizabeth Taylor, the Rockefellers, Jackie Onassis and more. Donald and Chris Moore continue to take in five to ten bags a day from celebrities, socialites, and anyone with a taste for opulent things susceptible to broken zippers and weathered suede.

Nearly a century of their business has gone by on (or near) the Upper East Side, but today’s impossibly high rent has finally shuttered Artbag, forcing the enterprise to permanently relocate down south to warmer weather. Customers from around the world will continue shipping their clutches and purses and briefcases to the Moores, and despite some disappointment, a universal understanding is upheld: when anything turns 90, chances are good that it will relocate to Florida.

Women’s Clothing Store and “Wellness Destination” to Open on UES