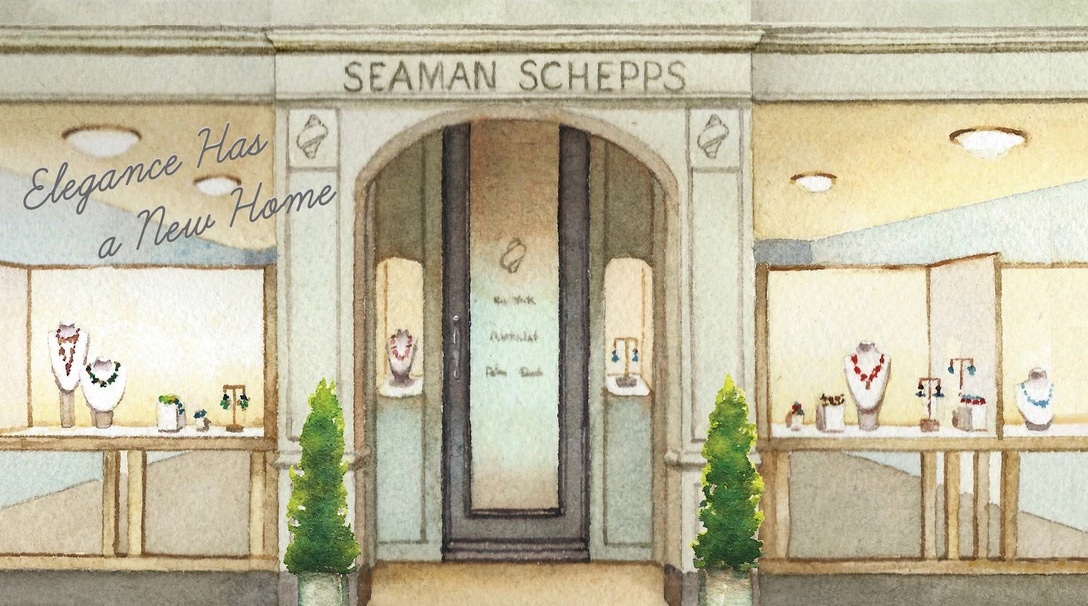 In August 2020, watch and jewelry store Seaman Schepps announced on Facebook that its shop on 58th and Park Ave would be closing after sixty years — but that it would “… be reopening a Manhattan shop in the near future.”

Well, the near future is here: the shop has opened at 824 Madison Avenue (at East 69th Street). The two-story space was previously occupied by high-end jewelry store de Grisogono before it filed for bankruptcy in 2020.

Seaman Schepps joins a tradition of New York based jewelers who call Madison Avenue home. Kwiat New York, a family-owned brand, is just down the road at 66th Street; Jaded Jewels, about ten blocks north at East 80th Street, manufactures its jewelry in a studio above its store; and David Webb, a multigenerational jewelry brand, is on 74th and Madison.

In the 1950s, the late Maxine Cheshire, famous for her society column in the Washington Post, crowned Seaman Schepps “America’s Court Jeweler.” His design took a different approach from most at the time. Many high-end jewelers only saw value in perfect gemstones, while Schepps’ work had a playful, whimsical tone to it. He selected materials for their color and shape, rather than just for the purity of the stone. He favored irregularly cut, carved gemstones in a variety of colors: sapphires, emeralds, yellow topaz, citrine, jade, turquoise and lapis, while rarely using diamonds. He didn’t shy away from unusual materials, such as wood or seashells. This fresh approach attracted many celebrities, including Jackie-O, the Roosevelts and the Rockefellers, Doris Duke, Andy Warhol and the Duchess of Windsor.

The jewelry creation process takes place in a workshop in New York City’s Diamond District, each piece handmade and stamped with an individual piece number as well as the Seaman Schepps Shell stamp. There are two additional locations, aside from the flagship store on the UES: one in Nantucket, MA and one in Palm Beach, FL.

Born to immigrant parents living on the Lower East Side, Schepps was a self-taught artist with no formal training. Following his death in 1972, his daughter Patricia S Vaill, a jewelry designer herself, took over the business for two decades before it was sold to Jay Bauer and Anthony Hopenjam, both of whom continue to create pieces in the traditional Schepps style.