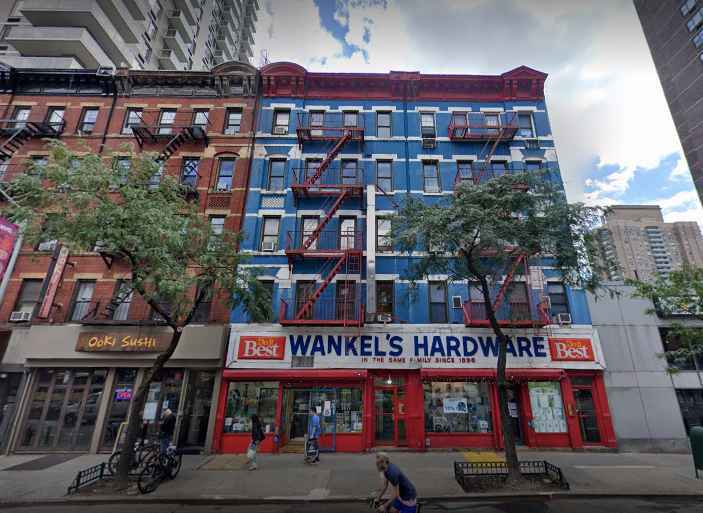 A family-owned Yorkville fixture since 1896, Wankel’s Hardware will be closing its doors permanently on Friday, June 10, 2022 at 6pm.

Everything is 60% off until then.

The Wankel family owns the building which its eponymous hardware store has operated in for well over a century — 1573 Third Ave, between 88th and 89th streets — as well as 1571 Third Ave next door.

Earlier this year, the buildings were put on the market for $10,400,000 with Cushman and Wakefield.

It isn’t clear if the buildings themselves have sold, but the listing description does state that the “air rights for the buildings have been sold.”

The store was first opened by Second-generation German-Americans, Bernhart and Elizabeth Wankel, and lasted five generations.

Since 1896 when the best-selling item in the store were plain wooden buckets, Wankel’s Hardware has served their neighborhood over multiple generations. Still owned and operated by family, customers keep coming back for the store’s organization, well-stocked departments and attentive staff. Wankel’s has adapted with the times but its values remain the same – providing quality customer service experiences and employing those with physical and other life hardships a second chance at making a living in New York.